Become a Member
Read Today's E-edition
Share This
Eduardo Dingler, Wine to Sake: The wines of Vinos Don Leo
Share this
1 of 3 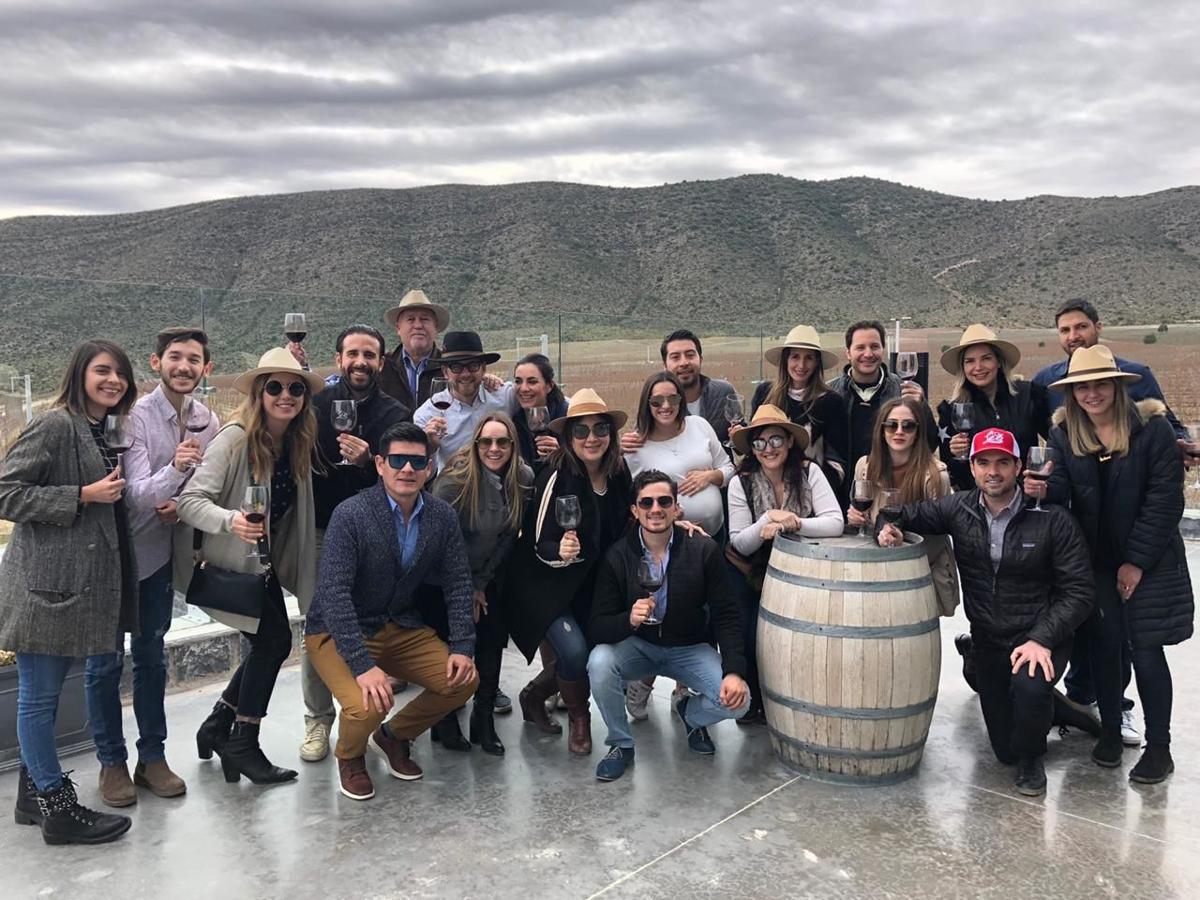 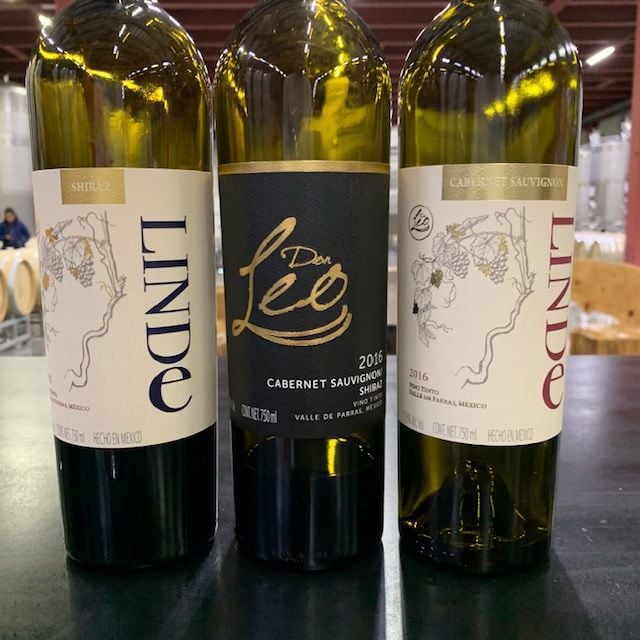 Wines of Vinos Don Leo, founded by Arturo Mendel Grenebaud in 2000. He named the winery in honor of his grandfather, a refugee from Germany during World War II. 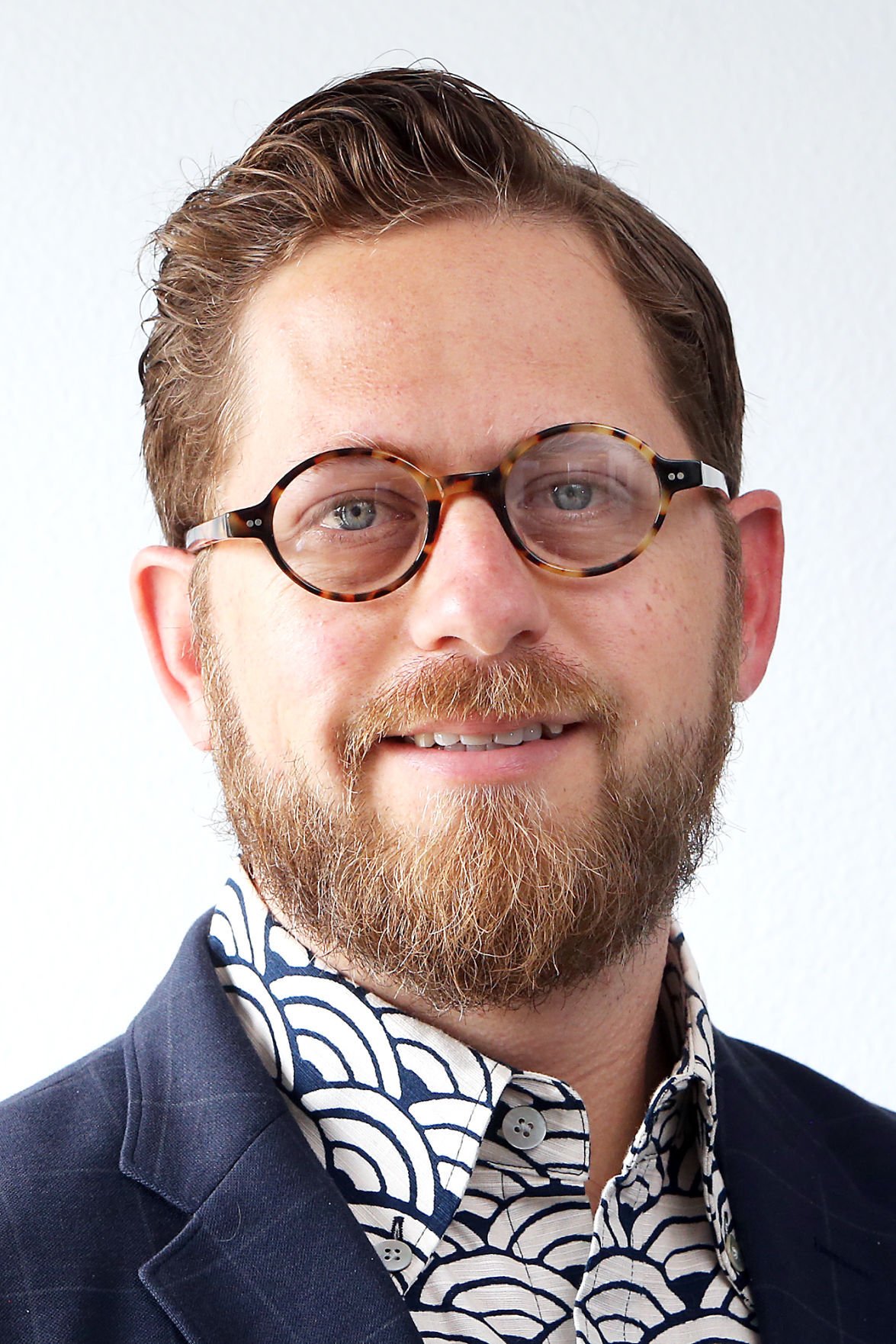 Founded 20 years ago, this modest size winery stands tall amongst the desert mountains that guard it.

Eleven varieties are planted in the 50-hectare ranch.

As you drive in after a long dirt road, the last thing you expect to see if a Howard Backen-like enormous structure that houses a state-of-the-art facility.

Upon entry, the airplane hangar-like building feels warm and welcoming with imposing views of the vineyards balanced with the right dose of wood, metal and exposed rock.

A long-anticipated tour started among the dormant vineyards that painted a reddish hue. Our group, which consisted of 21 people, boarded a benched platform on wheels pulled by a tractor as we learned about the history of the estate.

Don Leo Mendel was the grandfather of Arturo Mendel Grenebaud, who founded the winery in 2000. Don Le, a German-Jew and his wife Linde, migrated to northern Mexico in 1936 from Germany escaping the war. They dedicated their life to working hard, and Arturo thought the best way to pay homage was to name his prized wines after them.

Also in honor of Don Leo’s legacy, a kosher ultra-orthodox wine is produced, Mexico’s only one worth mentioning.

Distribution for Don Leo is limited to Mexico for the moment, but plans for export to the United States and Europe are on the horizon as production starts to increase.

The first vintages starting in 2008 were produced at the neighboring Casa Madero Winery, an institution in the American wine landscape known for being the first winery in the continent. Spanish King Feipe II ordered for New Spain (Mexico) to start distilling and making wine in the 1500s. The first license was awarded to Casa Madero in the Parras Valley in 1597, truly an oasis in the middle of the desert.

Nineteen wineries and more than 50 labels come out the state of Coahuila, each one of them raising the bar higher in terms of quality and international relevance.

Having been born and raised near the Parras Valley, I’ve always had a piece of my heart in the region. It was quite a pleasurable experience to understand the seriousness and top-notch winemaking applications guided by one of Mexico’s top enologists, Francisco Rodriguez who has been leading Casa Madero’s efforts and now consulting across the state.

Parras also counts with the country’s largest paleontology museum, which has been opened for 20 years and has plenty of dinosaur remains.

Don Leo is blessed with a unique micro-climate; the vineyards sit at 2,100 meters in elevation making it the 11th highest in the world, and they have plenty of international recognition from competitions to prove that they are doing something right.

After the vineyard tour, we visited the barrel room, a beautifully arranged display of the several barrels they utilize. American Oak, French and Hungarian are used for most of their wines adding richness and depth.

Continuing the experience, we visited the tank room where most of the production happens. Dozens of different size tanks, a sorting table, a bladder press and a fancy Italian bottling line surrounded a majestic wood table where we tasted through some of the line-up paired with cured meats, cheese and house-made jelly.

The wines tasted were the following:

The 2015 Linde Shiraz, Valle de Parras, made for a generous introduction to their lineup. A deep and jammy ruby core was adorned with hints of majenta. Notes of wild strawberries, cedar and sandalwood were covered in espresso and black truffles. This 100 percent Shiraz at 13.8% alcohol made for a complex and layered greeting.

The 2016 Don Leo Cabernet Sauvignon/Shiraz, Valle de Parras, a split of 60/40 respectively this baby packed a punch for 13.9% alcohol. Led by stewed blackberries and a dark ruby tone aromas developed into framboise, licorice and violets with a layer of smoke and toast.

The 2016 Linde Cabernet Sauvignon,Valle de Parras. Dense yet elegant at first glance with a dark tone. Layers of dried roses and bramble were hugged by a hint of smoked peppers, barnyard and horseback that gave it a rustic Bordeaux-like appeal. Night and day from the last two wines.

During lunch, we also enjoyed the 2019 Don Leo Sauvignon Blanc, Valle de Parras. An electric platinum and green color greeted the eye. The aromas and texture reminded me of a Friulian Sauvignon from Meroi. Intense and balanced tropical notes aided by a heavy dose of citrus and a jolt of mouth-watering acidity that is simply hard to forget.

And lastly, the 2013 Don Leo Cabernet Sauvignon Gran Reserva, Valle de Parras. Generous, wise and intelligent showing its age in the glass but displaying a unique eloquence in the nose with layers of cigar, dried potpourri and leather with a slight touch of aged balsamic. Simply and experience that I can compare only to playing 18 holes of golf with Sean Connery.

The outing turned out to be an excellent way to connect with the famed region that is in part responsible for my love of wine. Being there with my family made it even more special and being my birthday was the icing on the cake. Cheers!

When it comes to the fragile balance of the France wine growing landscape there’s a real Mother Nature touch to each year.

Eduardo Dingler, Wine to Sake: Pinot Noir in its many forms

Eduardo Dingler explores a range of Pinot Noir wines from a recent tasting.

Eduardo Dingler, Wine to Sake: A recap of Benvenuto Brunello 2020

The mood was still celebratory when Benvenuto Brunello 2020 took place in February 2020.

Eduardo begins a tasting at home series with an exploration of Sauvignon Blanc.

Wines of Vinos Don Leo, founded by Arturo Mendel Grenebaud in 2000. He named the winery in honor of his grandfather, a refugee from Germany during World War II.