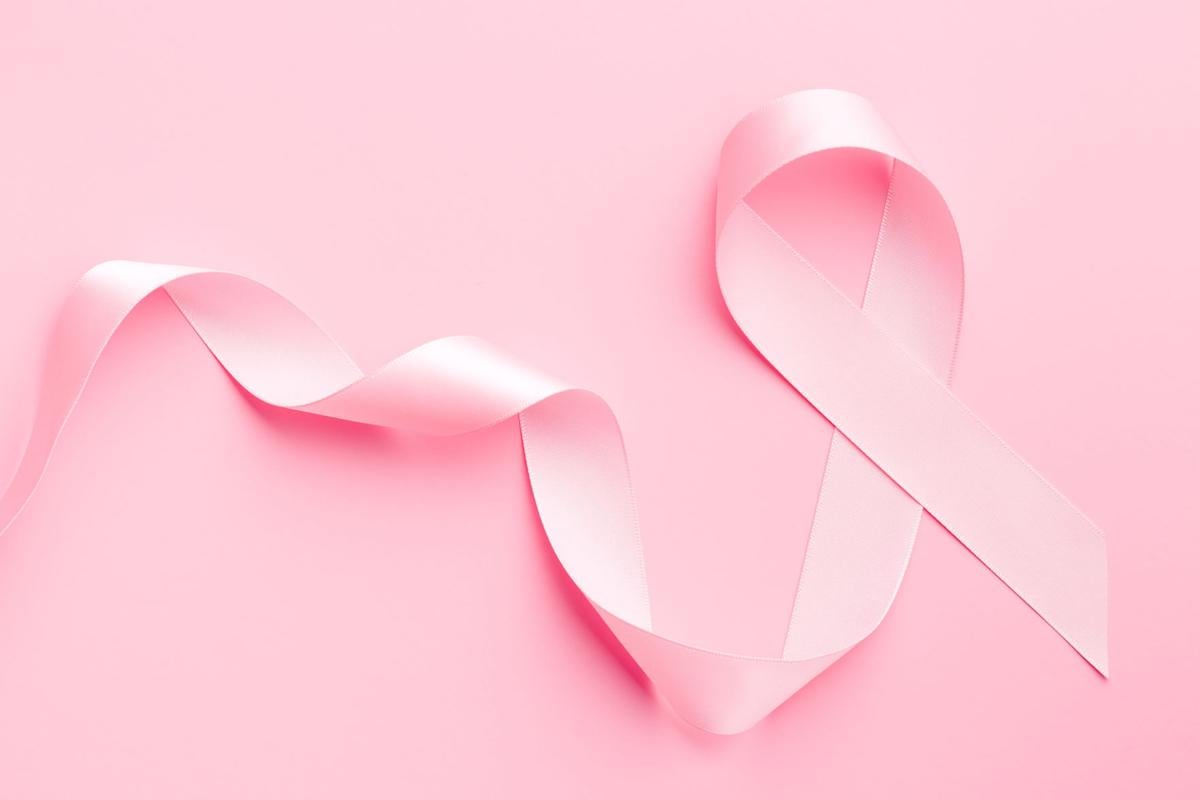 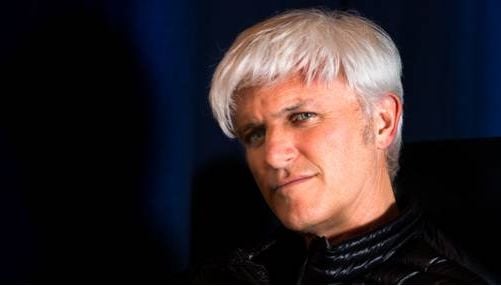 My stepsister has stage-4 breast cancer. She has lived with it for the last few years and is an example of strength and grace to all who know her. Her daughter, now 15, her husband, and her family and friends want to know a few things: What was the cause, what is the prognosis, what are the possible treatment options and why can no one — be it doctor or scientist — give any of them a straight answer?

As a scientist-turned-vintner-turned journalist, I have a particular frustration and guilt having recently learned that alcohol is linked to breast cancer.

Here is what we know:

— Breast cancer is the most commonly diagnosed cancer in the United States, but it is the second most common cause of death from cancer for women, after lung cancer.

— Every year about 3 percent of American women die from breast cancer.

— Since 1989, the number of women who have died of breast cancer has steadily declined.

— There are about 3 million women living with breast cancer in the United States.

— Over their lifetime, 1 in 8 women will be diagnosed with breast cancer.

— Even a single glass of alcohol a day can raise a woman’s risk for breast cancer.

The National Cancer Institute (NCI) has this warning on their website:

The problem with statistics

The warnings of an increased risk of breast cancer associated with only 10 grams of alcohol bring panic to my heart. First of all, a standard glass of wine, as defined by the 2015-2020 Dietary Guidelines for Americans, actually contains 14 grams of alcohol (e.g., a 5-ounce glass of a standard 12-percent alcohol wine). Second, a 12-percent increase sounds outrageously high, making me think initially that every bottle of alcohol should carry a warning. However, when I mention these concerns to healthcare professionals and other scientists, their response is less alarming, and here’s why.

When the world-renowned breast cancer physician Dr. Susan Love, whose foundation is dedicated to research on the causes and prevention of breast cancer as well as patient advocacy and education, was asked about the findings that prompted the NCI’s warnings she pointed to the methodology as a potential source of confusion.

“The studies are large epidemiological studies, which suggest that women who drink alcohol have a higher risk of breast cancer than women who don’t,” Love said. “However, it is impossible to tell from these studies whether the alcohol is the culprit or whether they are also less likely to exercise or eat a healthy diet or are overweight. You cannot prove cause and effect from these kinds of studies. In general, moderation is a good idea as well as living a healthy lifestyle. I think we should stay away from giving strict advice.”

Beyond the inability to draw strict conclusions because of these studies’ methodologies, the use of percentages in these recommendations can also be difficult to interpret.

“People who want to scare us typically give us relative risk figures. Raising a risk that starts off small can result in a risk that’s higher but still very small in absolute terms. This is best shown in an example. ‘Something that raises your risk of heart attack by 30 percent (relative risk),’ she explains, ‘could be no scarier than raising your odds from 6 in 1,000 to 8 in 1,000 (absolute risk).

So what do we know about women and drinking? I [Harrop] asked Dean.

“We know drinking modestly raises the risk of breast cancer,” she said. “But it is widely believed that moderate drinking is associated with better heart health and longer life expectancy. And we know that almost half of American women die of heart/vascular causes, whereas about 3 percent die of breast cancer.”

Alcohol does carry at least some cancer risk because its consumption increases levels of circulating estrogen in the bloodstream, and estrogen is a hormone linked to breast cancer. Alcohol appears also to interfere with the absorption of nutrients such as folate that may protect against cancer. And when the body metabolizes the ethanol in alcoholic drinks, the most common pathway involves two enzymes—alcohol dehydrogenase and aldehyde dehydrogenase. These enzymes help break down the alcohol molecule so it can be eliminated from the body. The first step metabolizes alcohol to acetaldehyde, a highly toxic substance that is a known carcinogen. Then, in the second step, acetaldehyde is further broken down to another, less active byproduct called acetate, which is subsequently metabolized into water and carbon dioxide. Of course, heavy drinking can cause cirrhosis of the liver, which is a risk factor for liver cancer.

Nevertheless, alcohol, and wine in particular, is often considered healthful when consumed in moderation.

But what is moderate alcohol consumption?

According to the 2015–2020 Dietary Guidelines for Americans, moderate alcohol consumption is defined as having up to one drink per day for women and up to two drinks per day for men. This definition refers to the amount consumed on any single day and is not intended as an average over several days. The Dietary Guidelines do not recommend that people who do not drink alcohol start drinking for any reason.

A single drink in this definition contains 0.6 ounces of pure alcohol, which is the equivalent of 5 ounces of a wine that contains 12 percent alcohol. There are relatively few Napa Valley wines in my experience that are 12 percent alcohol, even the white wines, and many of the red wines top 15 percent or more. This means that the 5-ounce rule needs to be adjusted based on the type of wine consumed.

Until even a few years ago, many researchers were hopeful that red wine might be a magical elixir of youth because of the presence of a chemical compound found in the skins of grapes called resveratrol. Because red wine is fermented with the skins on, it has a higher concentration of resveratrol than white wines. One hopeful study showed mice on high-fat diets given high-dose injections of resveratrol had slower metabolisms than those not injected. The problem with that study was that for humans to obtain the equivalent levels of resveratrol they’d need to consume more than 250 gallons of red wine at a time to reach the levels injected into the test mice.

Additionally, as reported by UConn Today, in 2012 the University of Connecticut announced it had concluded that one of its professors, Dipak K. Das, Ph.D., in the Department of Surgery and director of the Cardiovascular Research Center, was guilty of more than 100 counts of fabrication and falsification of data. Das had gained attention for his reports on the alleged benefits of resveratrol, but much of his work has now been discredited.

In the late 1980s, the catchphrase “The French Paradox” summarized a dilemma: The French diet was higher in saturated fats than that of Americans but their death rate from cardiovascular disease was lower. This seemed to contradict the idea at the time that high-fat diets were the culprits behind everything from heart attacks to strokes and even cancer. One of the hypotheses explored at the time was that because the French consumed more wine than Americans maybe this discrepancy was linked to alcohol consumption (and wine consumption, in particular). Everyone from the TV show “60 Minutes” to wine-brand public relations agencies embraced this newfound “therapy,” often implying that wine might be akin to a type of medicine. But like many attention-grabbing headlines, this one was both hyperbolic and misleading.

At this point, most studies have shown little difference between wine, beer or spirits when it comes to the health benefits associated with cardiovascular disease or alcohol’s negative impact on cancers such as breast cancer.

Getting a straight answer

The problem with getting straight answers for the prevention and treatment of breast cancer is that the experts don’t have a clear understanding of the causes, optimal treatment regimens or even the likelihood of outcomes of a particular course of action for either prevention or treatment. This is understandable given the complexity of the disease and the limits of our present knowledge. However, it should also give those facing the disease a healthy dose of skepticism when confronting any recommendations or new findings.

One hundred years from now, people will likely look back at our crude procedures and our inadequate understanding of breast cancer as both tragic and unimaginable. Like devastating diseases of the past — polio and smallpox — our hope is that all cancers will one day just be painful memories. Until then we are faced with a raft of advice, weak science, bombastic headlines and women being told as recently as just a few years ago that using estrogen was both the “standard of care” and “harmless” for women in menopause. We later learned that it actually leads to a significant increased risk of breast cancer.

“When I trained to be a surgeon many years ago, women with an abnormal Pap smear had an immediate hysterectomy and lost their fertility, but once we figured out it was caused by a virus we were able to develop a vaccine,” Love said. “We need a similar approach to cancer, not finding it early but preventing it from happening in the first place.”

When things get desperate, we want answers, and we often accept false, misguided or poorly tested findings so long as they give us something tangible to act on.

At present, there appears to be a link between alcohol consumption and an increased incidence of breast cancer. The exact link remains unclear. Until we know, the healthiest lifestyle seems to include daily outside exercise, a plant-based diet, lots of filtered tap water and plenty of laughter with friends and family. Time will tell what the actual risks and benefits are for consuming a few glasses of alcohol a week. But for those with the disease, such as my brave stepsister and the many others like her, and for all the well-intentioned family, friends, scientists and healthcare professionals involved, at present all we have is a less-than-adequate response.

Although his days are spent with high-tech gadgets all meant to improve a wine’s quality and profitability, Will Drayton’s off time is in purs…