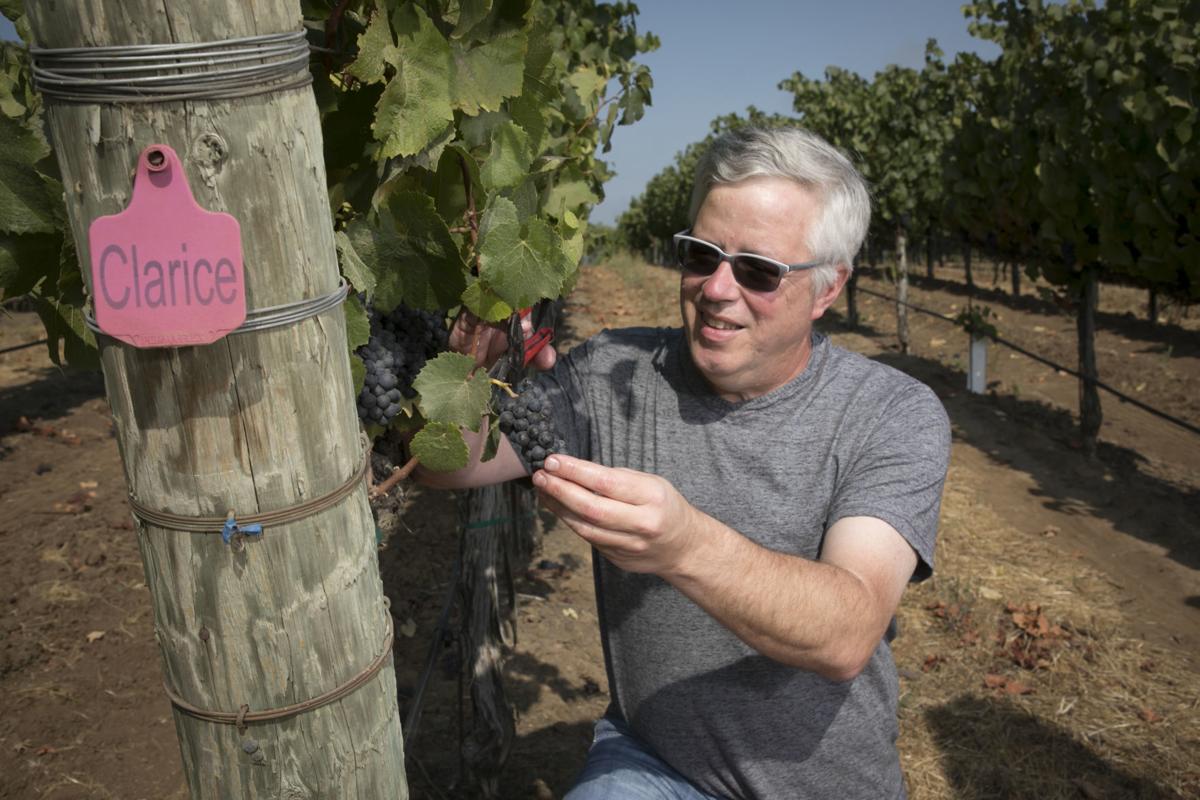 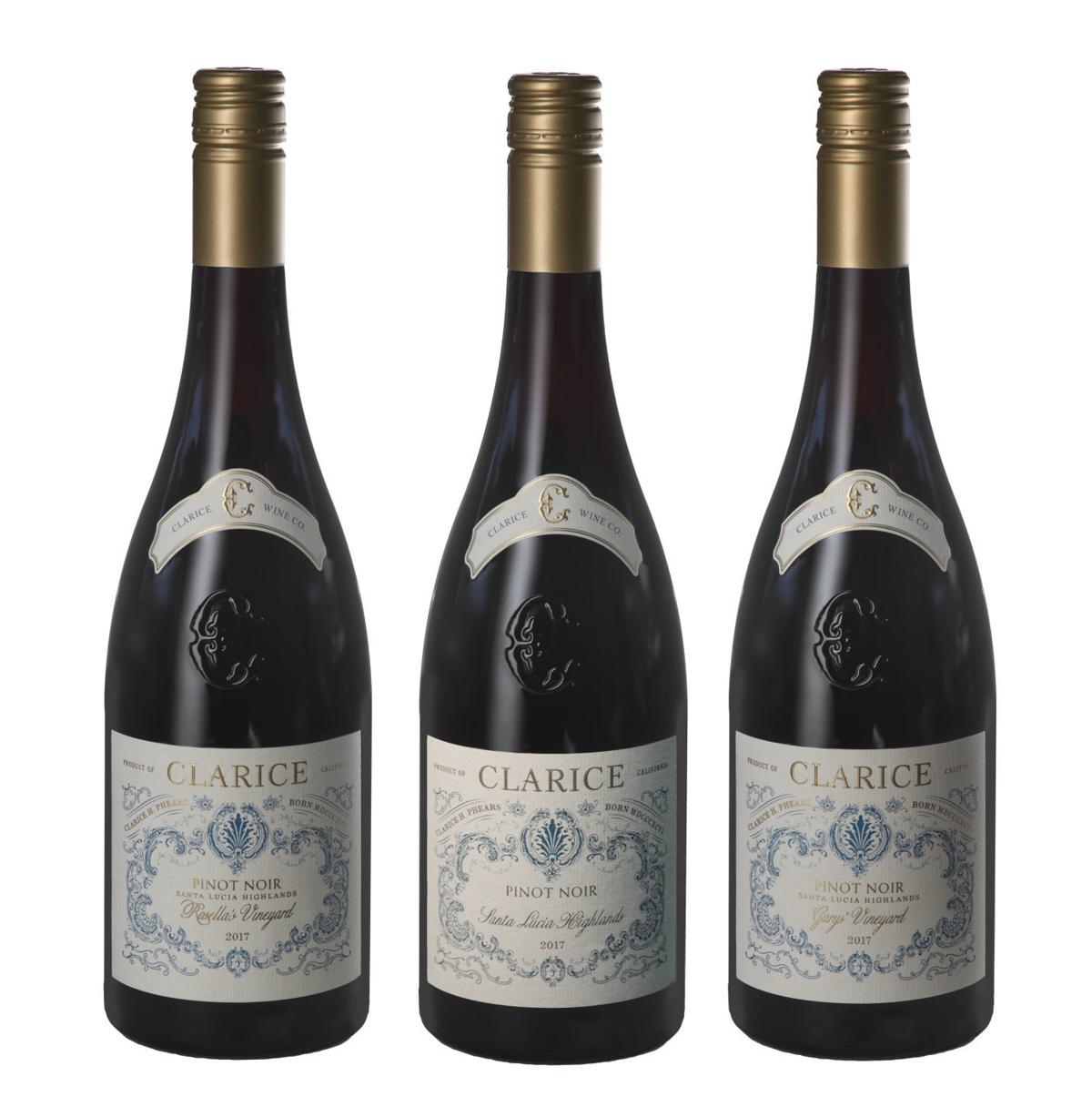 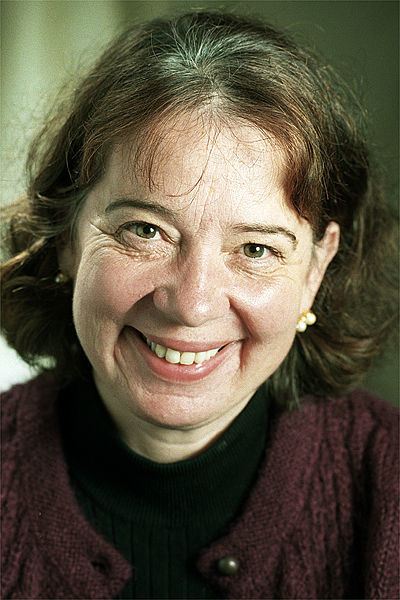 Adam Lee came into Angèle carrying a bag of wine, ordered one of the Napa restaurant’s flower pots filled with French fries, and sat down to discuss what he has been up to since selling his Siduri Wines to Jackson Family Wines in 2015.

Among other projects, Lee has launched a new wine label, Clarice, and is embarking on a collaboration with the famed Rhone vintner Philippe Cambie.

Much of it has to do with Pinot Noir.

Lee, his biography notes, did not become a wine lover until after he graduated with a degree in history from Trinity University. “Given the huge market for history majors, Adam took a job as a wine clerk in Austin,” it reads. In the wine shop, he discovered the wines of Burgundy as well as the Pinot Noirs of California. Moving on to a position as wine buyer in a “luxury department store,” he met another wine “geek,” Dianna Novvy. The two bonded over a love of Pinot, and headed to California. Their goal was to make an outstanding Pinot Noir and sell it at a reasonable price. Between them, they had $24,000 for the project.

By 1994, they had married and produced their first vintage, made in borrowed facilities. Lee, having heard that the influential wine critic Robert Parker was staying at at hotel in Santa Rosa, delivered a bottle of wine to him. Parker liked it. Siduri Winery, named for the Babylonian goddess of wine, took off.

Over the next two decades, Siduri’s single-vineyard Pinot Noirs continued to garner praise, and turned up at holiday parties at the White House. Between Siduri and its sister winery, Novvy, they produced about 250,000 cases annually from grapes sourced from Santa Barbara north to Oregon’s Willamette Valley, vinifying each lot separately by block and clone.

The sale to Jackson Family Wines included Novvy Wines. The sale amount was not disclosed but writer Bill Swindell speculated at the time in the Press Democrat in Santa Rosa, “Suffice to say, it is likely much more than the $2 million proposal that a drunken winery owner at a bar once offered them.”

Lee stayed on board with Jackson to steer Siduri, and the company created a role for him as Pinot Noir advocate for the entire Jackson portfolio.

And they were also free to begin coming up with new ideas — and new wines.

Lee began the lunch by pouring glasses of Diana Novvy Lee’s new sparkling wine, Flaunt Sonoma County Brut. After the sale to Jackson, Lee said, his wife was able to pursue her “other” dream of making a sparkling wine. This, the second vintage of Flaut, released this year from grapes harvested in 2014, is 52% Chardonnay and 48% Pinot Noir, fresh and fabulous with Angèle’s French fries.

Onto the main courses — sweetbreads and pasta — Lee poured tastes of his new and first solo label, the Clarice Wine Company, named for his his teetotaler grandmother from Texas.

Now in its second vintage, Clarice marks a new Pinot style for Lee as well as a new approach to selling wines directly to consumers. Lee envisions Clarice as a “wine community” with Pinot Noir at the center.

Different, perhaps, with the lighter body style but still rich in elegance and finesse.

The company is set up as a subscription-based “community” with the number of member-subscribers limited to the number of cases produced each year. For the annual membership fee ($985 “billed in installments to soften the blow”), Clarice customers receive a mixed case of the three wines, access to social media groups and a members-only web portal, with content from Adam and guest writers) and invitations to events that feature other industry insiders and showcase Clarice as well as the wines of Lee’s grower and vintner friends.

Frequent visits to the Chateauneuf-du-Pape in the Rhône wine region, inspired two more projects for Lee.

In Chateauneuf du Pape, Grenache, “which they view as their Pinot Noir” — is fermented in concrete tanks because of its riper nature, thicker skins and tannins. Noting the similarities to Sonoma Pinot grapes, Lee decided it might be an interesting experiment to apply the Chateauneuf du Pape approach here. This led to the creation of Root & Rubble, a concrete-fermented, aged Pinot Noir that he makes for Jackson Family Wines.

2018 is the first vintage, with 500 cases produced from the Barbieri Vineyard in Sonoma County. Scheduled for release this fall, the 2018 Sonoma County Root & Rubble ($39 per bottle) will be available to consumers via the winery website (under development) and in select restaurants and wine shops nationally.

While Lee was in the Rhone region, “many long dinners” with vintner Philippe Cambie resulted a project just taking off this fall. Cambie has been called “the king of Grenache,” or as Lee put it, “the high priest of Rhone.” They will be making Pinot Noir, Cambie’s first Pinot Noir.

They named it Beau Marchais, French for “beautiful walk,” also a nod to Pierre Beaumarchais, a Frenchman who was an early and fervent supporter of the colonists during the American Revolution.

Lee said he has been a fan of Cambie for a long time. “I’ve always dreamed of making Pinot Noir with him. He has some very different ideas on how to do this.”

Lee will be the “on the ground” winemaker, but he said stylistically, their wines will “hew more to Cambie’s signature, including longer skin contact. The aim is for Beau Marchais Pinot Noir to be a true representation of a French/California collaboration with the best of both represented in the final wine.”

The first vintage will be 2019, with an anticipated release in early 2021. “Case production will probably be in the hundreds, and we don’t know a price yet.” More information on this project is at cambie-lee.com.

One of the reasons, the Lees sold Siduri to Jackson Family Wines, they said at the time was to be able to spend more time with their three children, but they also wanted to get away from being “more winery owners and less winemakers.”

“That’s not why we were doing it,” Lee said. “When we began, Pinot was the underdog.” This is not the case any more. And that’s why they were doing it.