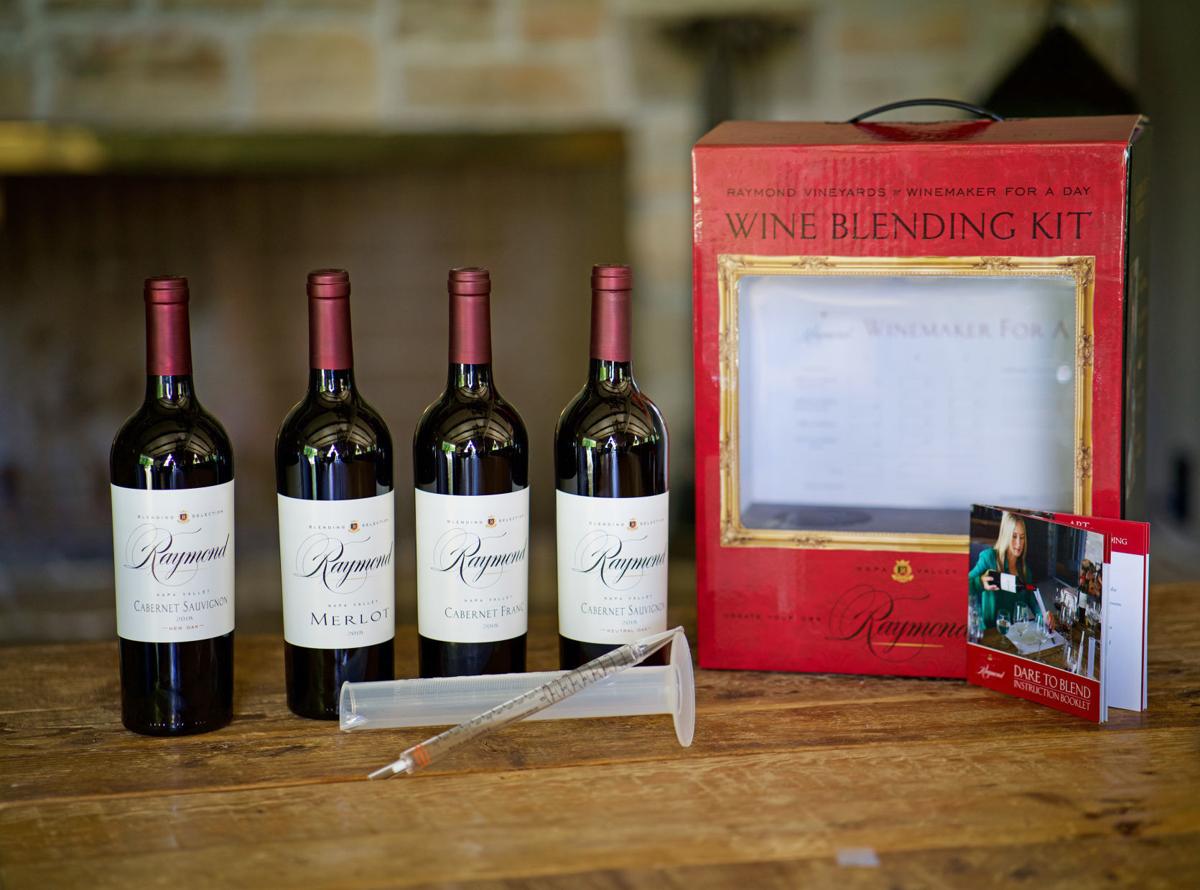 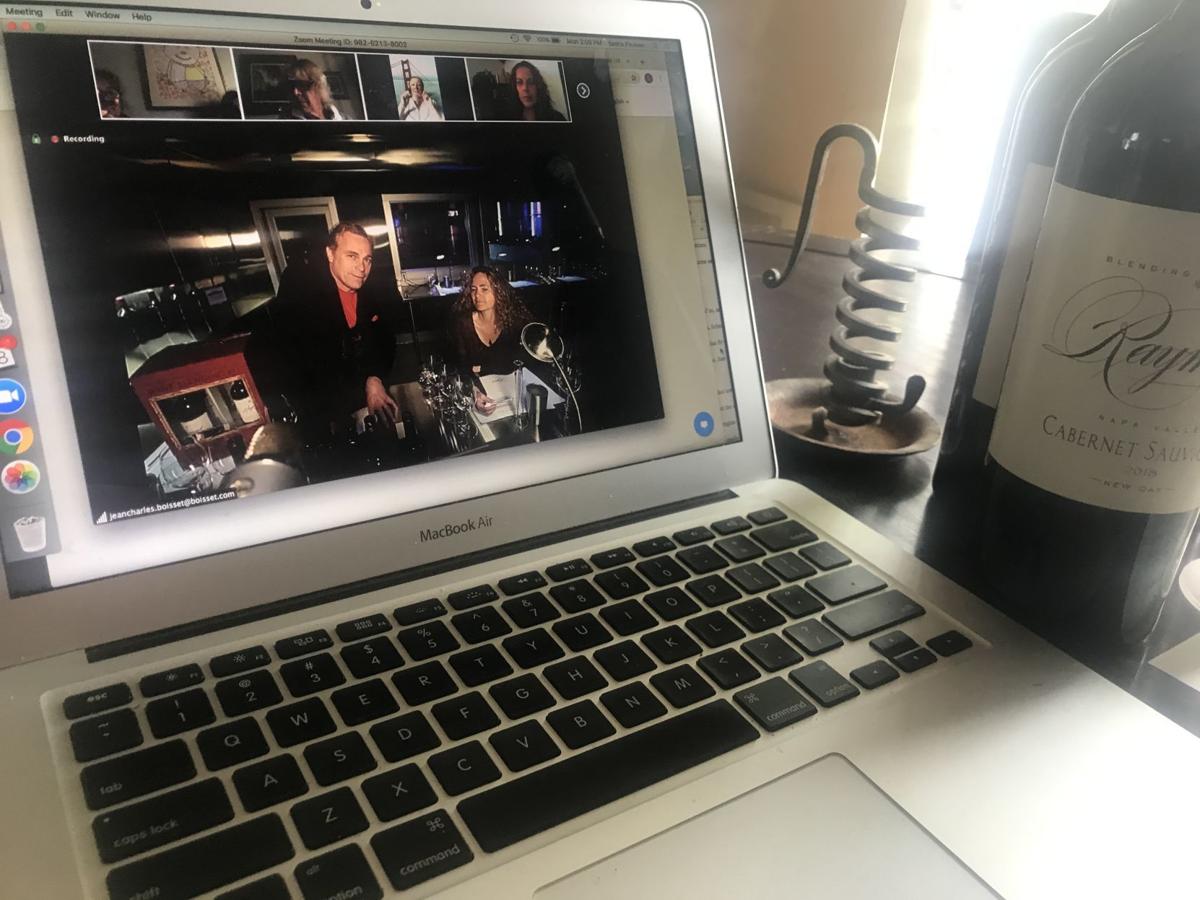 When he bought St. Helena’s Raymond Vineyards, Jean-Charles Boisset admitted cheerfully, “I had no idea how to make Cabernet Sauvignon.”

Of course, in his native Burgundy, Pinot Noir reigns and blending is rare.

One of the ways he familiarized himself with the king grape of Bordeaux and Napa was to launch the Winemaker for a Day blending sessions at Raymond. There, guests were invited to a space-man like jumpsuit, venture into a lab and experiment with wines to createa blend for their particular palate.

“I found people were very thirsty to create,” Boisset said. “It became our most popular guest experience.”

The program provided insights into customer’s tastes. “We realized people didn’t want over-the-top, overly tannic wines.” For the most part, he noticed people were making softer, more elegant wines for themselves.

The program came to a halt, however, when tasting rooms were closed by the coronavirus pandemic. As wineries swiftly came up with a options for virtual tastings, Boisset went one step further, an assembled the elements for a virtual blending session that you can do “in your kitchen, your dining room, your living room.”

To introduce the new kit to wine writers, Boisset wore a shiny red jumpsuit and a silver beret — his Dr. Strangelove experience, he quipped. Raymond winemaker Stephanie Putnam joined him in the Raymond lab. “We are going to have some fun,” Boisset declared, via Zoom.

The “Dare to Blend” kit had already arrived in a hefty package: four bottles of Raymond wine, four place mats, four graduated cylinders and four pipettes and an instruction booklet. You provide the wine glasses, including a spitting cup. “Spitting is important,” Boisset said. “So you can remember what you blended.”

The wines: two bottles of 2018 Raymond Cabernet Sauvignon, one aged in neutral, used French oak and one in new French oak. “I found that people were fascinated with oak,” Boisset said. “This way you can see, what does it do to wine?”

People who initially recoil from Merlot, he noted, are generally won over when they taste the soft, elegant wine, and also when he mentions that one of the most famous wines from Bordeaux is almost all Merlot. “Merlot has a wonderful way of knitting things together,” he said.

Cabernet franc? “The father of Cabernet Sauvignon is “his favorite variety,” Putnam said.

Having met the individual wines, it was time to begin experimenting, pouring the different wines into the cylinder, marked off in increments of 10 percent, until the blend reached 100 percent.

“If you don’t like it, pour it out and try again,” Boisset said. “That’s why we sent four bottles.”

Putnam added, “There is no right or wrong blend. But don’t leave out a wine because you don’t like it.”

“It’s true, I never realized that half a percent could change a wine,” Boisset said. “Wine is a lesson of humility.”

“It’s a very personal, subjective journey. Do your own thing,” Boisset said. “Keep going at it and imagine a story because wine becomes a story in a glass.”

The final step in the process is to email back your blend, create your brand and label, and order your own wine.

Boisset will be hosting monthly blending sessions. The next one is on May 31, at 4 p.m. People who purchase a kit can participate in this one or schedule a private session. The kit can be ordered at store.raymondvineyards.com for $200, which includes shipping.

Boisset’s concluding advice: “Remember: a bottle of wine a day keeps the doctor away; two bottles keeps COVID away.”

Well, at any rate, you can enjoy the wine made, just to your taste.

The World in a Glass: Rosé and the River — A Gamble on the future

The World in a Glass: The virtual world

Virtual tastings are blooming like spring roses -- or is that rosés?

'Soulful Voices': How the world's crisis is transforming one Napa artist's work

While the coronavirus pandemic is taking a toll on the arts and artists across the nation, for Napa artist Jessel Miller, the effect is a chal…

Bouchaine Vineyards launches 'B Together': Trying a virtual tasting

Bouchaine is expanding its virtual wine tasting experiences to include music and food.