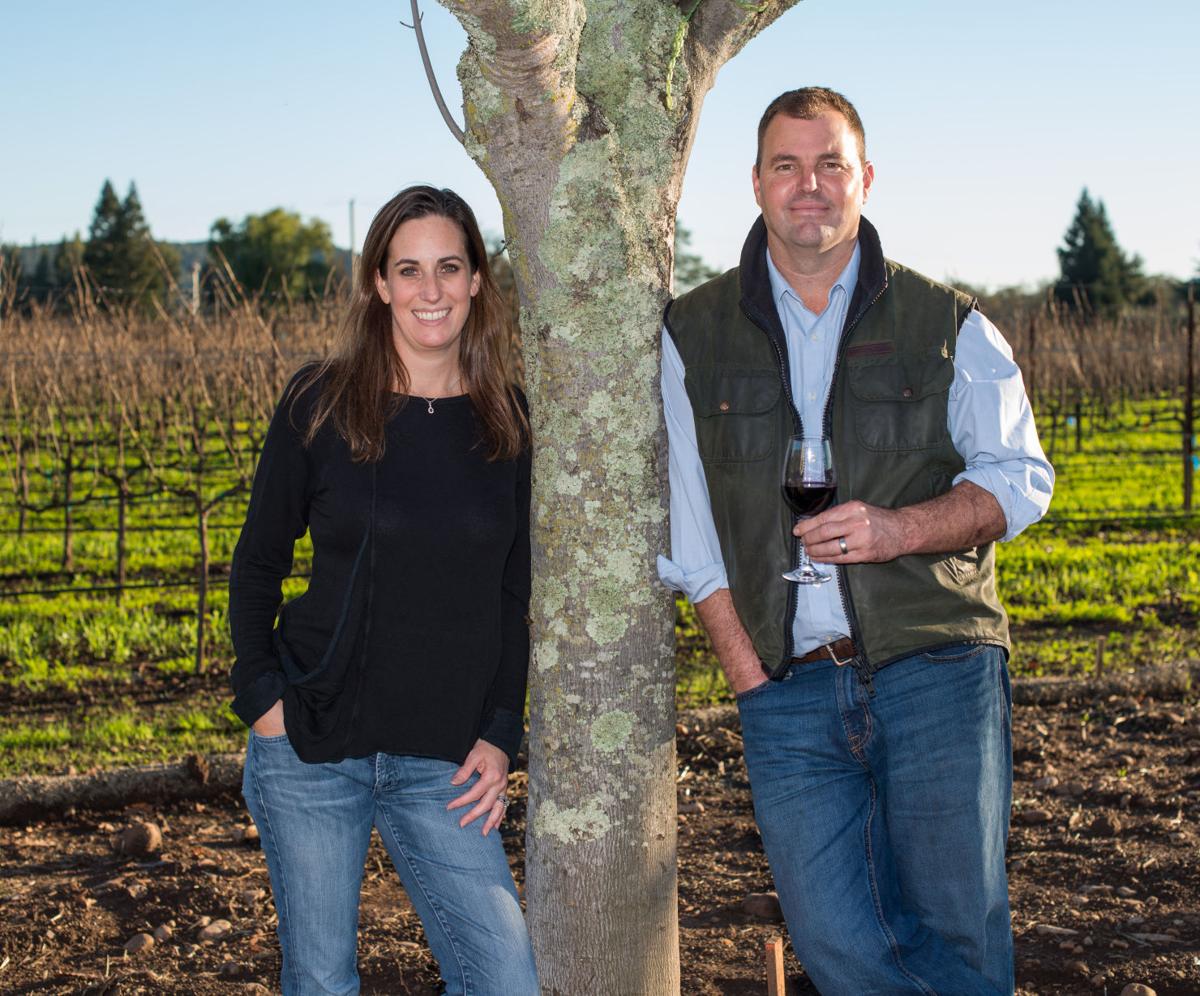 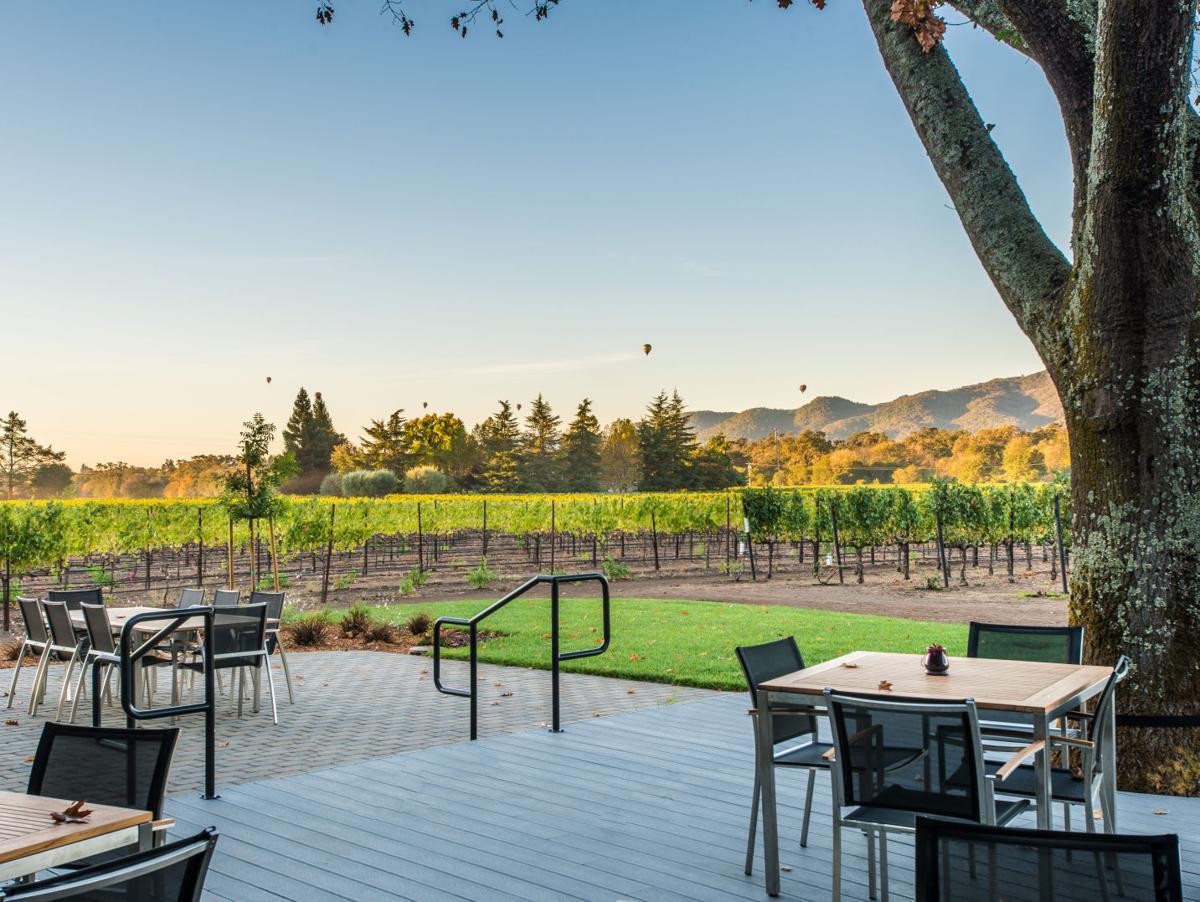 The view from Goosecross, located on State Road outside Yountville. 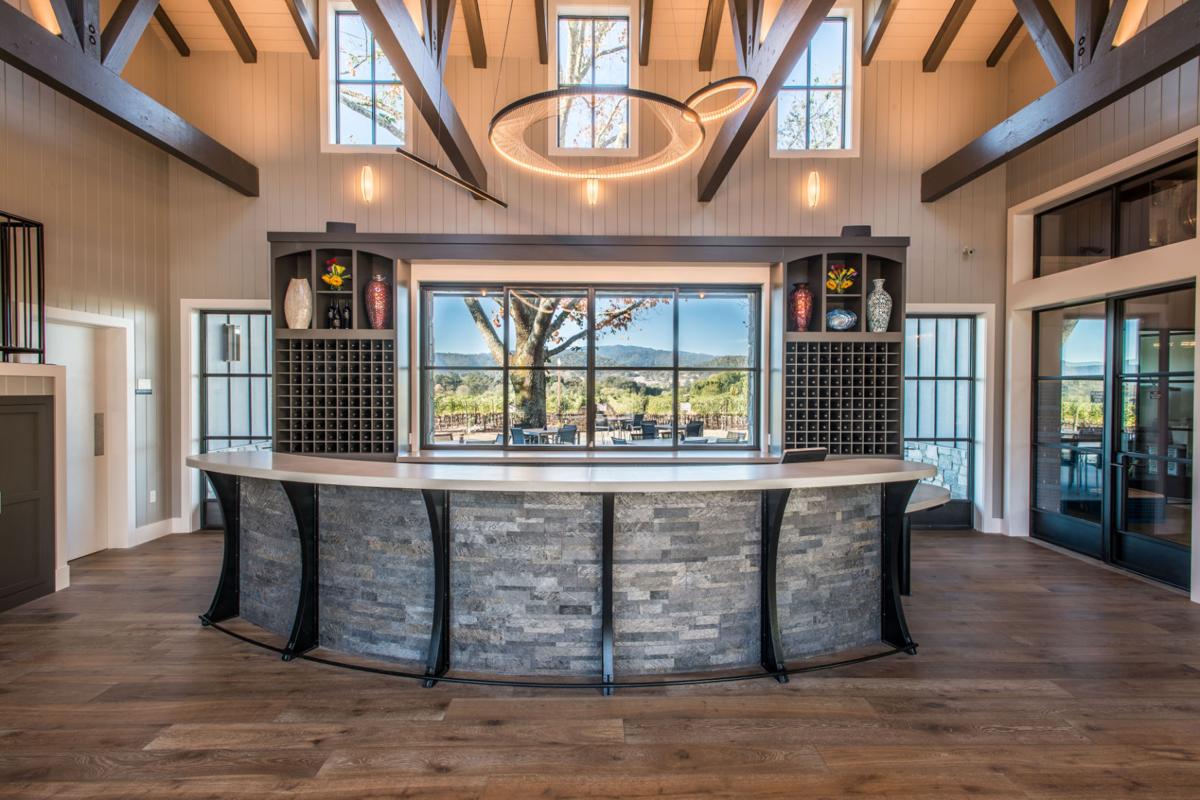 As heir to the Coors Brewery family, Christi Coors Ficeli could probably have built a grandiose temple to her ego. Instead, she vowed to make great wine and created a modest, but efficient, place to do so with the help of a respected winemaker.

Part of the reason for the tack she took is precisely because she understood the beverage alcohol business: Not only was she born into the beer-making family, but she worked for Coors and sat on its board of directors. She also “graduated” from that great university for the wine industry, E&J Gallo.

Coors Ficeli and her Coors family bought Goosecross Cellars on State Road outside Yountville in May 2013. The property was ready for rebirth. “It was sort of rundown,” she admitted.

The previous owners had started as growers, and then began making wine as often happens. They had a modest house on the property plus a tired barn with basic winemaking equipment.

Coors Ficeli replaced the house with a compact, but welcoming, tasting room and offices. “I toured a lot of wineries,” she said. “I liked small, not ornate.”

The resulting tasting room is airy and open, with a large bar and high ceiling as well as windows bringing the adjacent vineyards inside. The large window behind the bar can completely open, allowing those on the spacious deck to taste outside under a tree.

She built a new barn-like structure, keeping the same footprint and even the existing, slightly worn tanks plus the press, destemmer and other equipment. “We’re not throwing around money,” said Coors Ficeli. “We want to do things that enhance the wine.” Ironically, the tanks were a find. “Tall and thin, they contribute to wine style,” she said.

Coors Ficeli inherited her spirit of entrepreneurship from her great-great-grandfather, Adolph Coors. She was raised in a family that put a premium on realizing dreams through vision, dedication and collaboration.

She learned the wine business — production, distribution, promotion and sales — working for Gallo in Modesto after graduating from college. She also met her future husband, David Ficeli, there. He remains in the wine business, but isn’t active in Goosecross.

After Gallo, Coors Ficeli enrolled in business school and got her MBA, then joined the Coors family business as a district business manager in 2002.

A new job for her husband and a new sales territory in California for Christi prompted a move to Napa Valley where they lived from 2002 to 2005.

The couple loved the foods and wines of the region and the sense of family at the heart of Napa’s agricultural community. The experience remained with them as new responsibilities took the Ficelis to Chicago and Colorado over the next six years.

As their family grew, their dream of returning to Napa Valley with their two children, Luke and Lucy, intensified.

A return to Napa

In 2012, Coors Ficeli developed a business plan, and with funding from the Coors family’s Golden Equity Investments, she began looking for a Napa Valley winery in early November.

When she found Goosecross, she knew her quest was over. “l sat on the back terrace overlooking the vineyards and tasting Goosecross wines as the sun moved across the autumn sky.” She closed the deal and immediately developed plans to raze and replace the existing buildings.

She also hired winemaker Bill Nancarrow, who was at Duckhorn Winery. Nancarrow is a native of Hawkes Bay New Zealand, the oldest wine grapegrowing region in New Zealand, and has studied and working in hospitality and winemaking across four continents.

At Goosecross, everyone, even office and hospitality staff helped in the winemaking.

The winery owns 9.4 acres of estate vines at State Lane. It’s mostly cabernet sauvignon, with some other Bordeaux varieties cabernet franc, merlot and petite verdot. Located in the transition between warm and cool Napa Valley, it was planted in chardonnay until 2003, but produces elegant Bordeaux wines. It receives a cooling breeze in the afternoon.

Narcarrow is also working to balance the vines, which may have had too much canopy. He’s also determined different soil conditions and adjusted vine management accordingly.

The winery buys grapes from a number of growers.

The previous owners offered a wide range of wines, including some using grapes from outside Napa Valley, but Narcarrow and Coors Ficeli plan to focus on what they do best. That includes four whites, chardonnay, sauvignon blanc and viognier as well as riesling from 46-year-old vines on Manley Lane fermented in a (used) concrete egg, and a blend called Anser.

The reds will include pinot noir, merlot, cabernet france, Howell Mountain and estate State Lane cabernet, mountain petite sirah, syran, and some blends. “Blends are on the rise and we’re trying to have fun with some,” Coors Ficeli said.

Narcarrow picks and ferments in many small lots, some in barrels as well as the egg.

The focus is authentic, approachable and food-friendly wines. All the wines are moderate in alcohol, another trend, most under 14 percent.

Narcarrow is also sensitive to texture. “The biggest problem of Napa wines is the balance of texture,” he said. The winery’s top wine is $150 Aeros from estate vines.

Coors Ficeli had a strong background in the wine business, but her expertise was in traditional three-tier sales and marketing. Goosecross is largely direct-to-consumer and depends on visitors to its tasting room, its wine club and personal outreach for sales.

Production is small, however, and the wines are sold in a few states as well as by Young’s Market in California.

Most of all, they’re having fun. “I came from very corporate environment,” said Coors Ficeli, and Narcarrow said that Duckhorn was headed that way.

She added, “My family has been very supportive about my returning to our entrepreneurial roots. I want to make a name for myself.”

Based out of the Napa Valley, Melinda Kearney and her daughter, Michèle Lorenza Ouellet, have created a popular Provençal-style rosé wine called Lorenza.

Allison Levine, Please The Palate: Five items getting me through home life

Allison Levine has discovered five things that are adding some joy to spending more time at home.

The view from Goosecross, located on State Road outside Yountville.