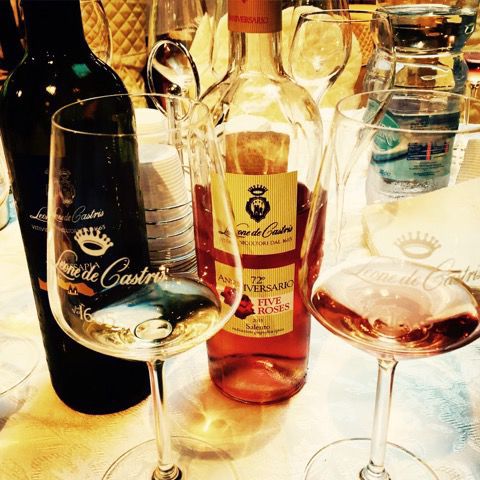 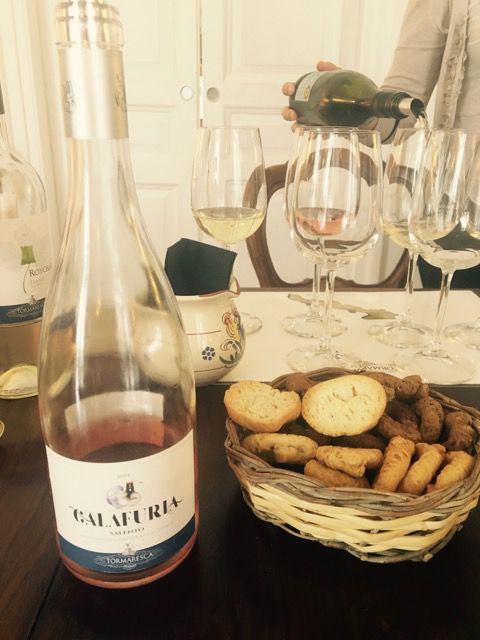 Layne Randolph For the Register

You say rosato; I say rosé.

Technically, it’s the French who say rosé; we’ve just adopted their usage of the word. And it’s right that we use the French word because France is the indisputable king of rosé wine. From Cote du Rhone to Provence, rosé has been popular in France since long before the recent international boom in popularity.

Scoffed at for decades in the U.S. due to its distant cousin, white zinfandel, rosé hasn’t gotten a lot of respect from the typical wine drinker since it went out of fashion in the 1990s. That’s why, when I lived in the Salento region of Puglia, Italy almost 10 years ago, I was shocked that everyone was drinking the pink stuff. “They’re drinking pink wine,” I thought, “Is that White Zin? How gauche.”

They called it “Rosato,” but I knew what it was. Cheap, sweet swill. Boy, was I wrong.

The logic behind drinking rosato in Puglia is clear — in a region where temperatures consistently reach over 100 degrees in the summer months, one wants to drink a light, and preferably chilled, wine. White wine doesn’t always cut it, and red wine can sometimes be too heavy. In steps the Grande Dame Rosé as the perfect accompaniment to almost any summer meal.

The rosato from Puglia and especially Salento are often raspberry pink, which brings “sugar bomb” to mind. But most of these rosato are made from the negroamaro grape, which translates as “dark and bitter.” Instead of a sweet flavor profile, they are surprisingly savory, dry and full-bodied. My favorite thing about the Salento Rosato is the minerality from the saline air, water, and soil of the peninsula.

Still, the bright pink color of Puglian rosato can connote a lesser quality rosé to many. But, the brighter or darker wines are often more complex than the pale rosés of Provence that are the current It-Girls of the wine world. There is room for every type of pink wine; it just depends on the cuisine, climate, and taste preference of the drinker.

Anyway, don’t judge a book by its cover, because the color difference is mainly due to the type of production and fruit. Pinot noir, grenache, sangiovese, tempranillo, syrah, zinfandel and cabernet sauvignon are grapes commonly used for rosé. Naturally, a negroamaro rosato will be darker than a rosé of pinot noir.

But the style of production plays the main role in the color of the final product. Rosé can be made by literally blending red and white wines to make a pink one, but this is illegal in some places and not common these days.

The saignée method involves the bleeding-off of juices during the production of red wine; it’s a common practice and can produce some delicious rosé.

But it’s the direct pressing method that is the most highly regarded technique because the resulting rosé is purpose-made rather than a by-product. Direct pressing involves crushing dark-skinned grapes and leaving the skins in contact with the juice for a few hours to a few days. The longer they are left in contact with the juice, the more intense the color of the final wine.

If you’re interested in trying a rosé from an area that’s been making and enjoying it for a long time, try an Italian rosato. Leone di Castris in Salice Salentino makes “Five Roses,” the first rosè wine produced and bottled in Italy, and according to the estate, the first to be sold in the U.S.

Bright cherry-red with notes of strawberry and rose, Five Rosés is made primarily of negroamaro with 10 percent Malvasia Nera di Lecce. Its name comes from the odd fact that several generations of the de Castris family had five children.

Cantele Wine’s Rosato Rohesia, made from the winery’s flagship Salice Salentino Riserva of Negroamaro, is a powerful, fresh and flavorful wine with hints of pomegranate and flint.

Tomaresca in northern Puglia makes Calafuria, a crisp and elegant rosato of Negroamaro grown on their vineyards along the Adriatic Coast. The Tuscan wine dynasty Antinori owns Tormaresca. Antinori has wineries around the world, including two in Napa Valley (Stag’s Leap and Antica).

My opinion on rosato has changed significantly in the years since I’ve left Salento. Now when I see someone drinking rosato/rosé, my reaction is, “They’re drinking pink wine? Where’s mine?”