Subscribe
Read Today's E-Edition
Share This
James Conaway: The business of firefighting
0 Comments
Share this
JAMES CONAWAY
Imagine if you will a respected producer of a small amount of fine wine in the mountains above Napa Valley who likes to ride his mountain bike on difficult trails. His and his wife’s modest house and winery under towering Douglas firs has been threatened by wildfire many times and someday might well not survive.
And then a lawyer suggests this to him in early 2021: Why not keep a small aircraft equipped with a water tank at the nearby Angwin air strip? That way, when satellites detect smoke as they do quickly these days, the nascent fire might be put out within minutes, instead of hours.
What a good idea, some people in the county say.
What a terrible idea, says Cal Fire collectively. Why, people ask? Because it would be disruptive of Cal Fire’s established procedures.

The vintner finds allies in the county. The vintner and his allies propose a relatively inexpensive single-engine plane – ironically named, it turns out, the Fire Boss – that can dump water and then quickly swoop down over a lake for more. Cal Fire is pressured to at least discuss the idea. There are talks, Zooms, actual meetings.
The vintner learns about one held up in Tahoe that Cal Fire’s head of aviation said no to the Fire Boss. Asked why, he said he didn’t like Fire Bosses and walked out of the room.
The vintner decides to start at the top and puts in a request to talk to the director of Cal Fire in Sacramento. To the vintner’s surprise, the director calls him back and says Cal Fire doesn’t like single-engine planes. The vintner reminds him that helicopters have single engines. Well, helicopters are faster off the ground and more maneuverable.
They’re also a lot more expensive to buy and to fly, and buckets suspended from cables are inefficient and dangerous.
The director suggests that Cal Fire doesn’t really know how to integrate fixed-wing airplanes into firefighting. But federal agencies – the U.S. Bureau of Land Management and U.S. Department of Forestry – do know how. Couldn’t Cal Fire learn learn from them?
He gets no definitive answer. So he calls a Cal Fire pilot he happens to know who will only talk anonymously because he fears being fired for talking at all. The pilot says learning from other agencies would make Cal Fire look bad, a no-no.
Cal Fire’s director calls the vintner back and says Cal Fire will in fact incorporate the Fire Boss into its program.
The vintner and his allies think now maybe one will sit on the ground in Angwin and afford a quick response to newly detected fires. They’re wrong.
Cal Fire agrees to pay for the flying. But then someone calls from director’s office and says no, the agreement is off the table. Cal Fire’s top leadership “isn’t convinced an aircraft of any sort is right for the county” and the director of Cal Fire is resigning.
The vintner gets a call from the owner of several Blackhawk helicopters who has been following what has become a public discussion. “You got screwed,” he says. He adds that he owns Blackhawk helicopters and will lease one to sit on the ground in Angwin for a cool million and half dollars a year.
Then Cal Fire says it won’t pay for the operation of the chopper for the first four hours of flight on a fire. So either the county or the donors will have to pay $1.5 million more each time.
Say what?
That’s right. After four hours a fire is detected, a special state fund, called the E-Fund, will kick in. The budget for this fund is not capped in any real way. It isn’t part of Cal Fire, which won’t have to pay anything from its base wildfire protection budget of $2.1 billion. In the same fiscal year, 2021-22, Cal Fire drew $1.9 billion from the fund.
The vintner asks a friend, a volunteer fireman in Colorado, what’s going on. The friend asks his chief, who does some research and then directly calls the vintner. Yes, he says, that’s how the system works. Cal Fire doesn’t have to tighten its own budgetary belt if it waits for four hours before responding to a fire. Everybody seems to know about it, but no one can say where the rule is written down, it’s just “known.”
Now imagine further, if you will, what might have happened if all those fires had been put out promptly instead of four hours later. How many trees and discreet habitats destroyed by bureaucratic greed and incompetence? Are officials enjoying trickle-down dollars from a state gravy helicopter? Is there some version of this running from one end of California to the other, racking up dead animals and possibly human ones?
Nah, not possible. Is it?
Stay tuned.

James Conaway is the author of 13 books, including “Napa at Last Light” and the New York Times bestseller, “Napa: The Story of an American Eden.”

James Conaway: My name is Jim

I have been drinking alcohol since I was 15. That was a full lifetime ago, and I still have my starter liver. Most evenings I drink a cocktail and a glass of wine - okay, sometimes two - with dinner. I sleep eight hours a night, eat three meals a day, walk two miles, and go to the gym every other day. I don’t have a problem with alcohol.

The World in a Glass: Winter in Wine Country

Take a look at upcoming events in Napa Valley.

Dan Berger On Wine: Wine truisms that may be false

Yes, there are some wine truisms that are accurate, but in this treacherously byzantine world of wine, the number of exceptions exceed the truths.

The Wine Press: Biden appoints Tatiana Copeland to Kennedy Center board of trustees

President Joe Biden has appointed Tatiana Copeland of Bouchaine Vineyards to the John F. Kennedy Center for the Performing Arts board of trustees, and Frank Family Vineyards launches campaign to support K9s for Warriors.

Dan Berger advocates for another red grape, which can produce remarkable, if often-overlooked wines.

The Napa Valley Wine Press: A Festival of the Bells at Grgich

Wine news from around the Napa Valley.

Napa Valley Vintners give $4.6 million in grants for 2022

The Napa Valley Vintners' gave $4.6 million in grants to support the community in November.

Are non-wealthy people being priced out of Napa Valley wine experiences? Bob Ecker looks at why.

UC Davis’s Institute of the Environment is developing a program that celebrates agriculture in murals that will run the length of California. 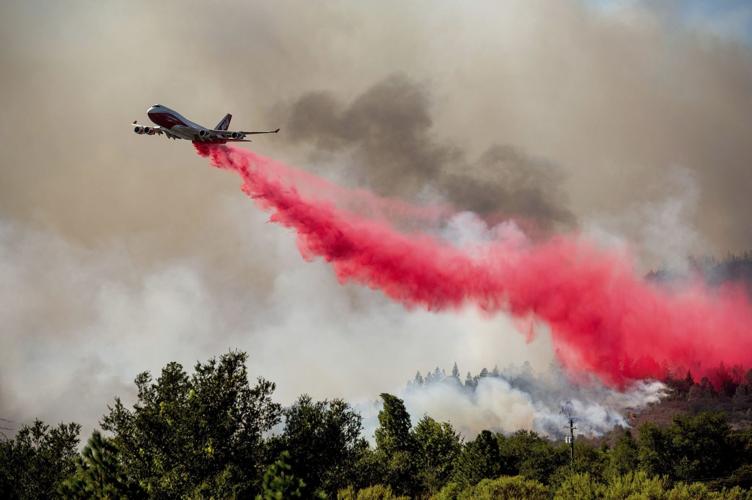 The Global Supertanker dropped retardant while battling the Glass Fire in Napa County on Sept. 27, 2020, the day the wildfire erupted. 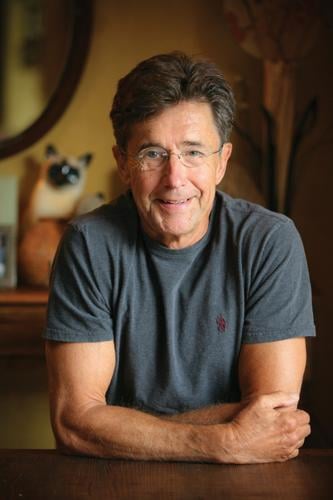