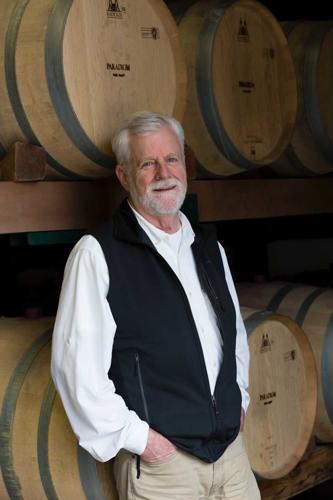 Ren Harris has been named Grower of the Year for 2021. 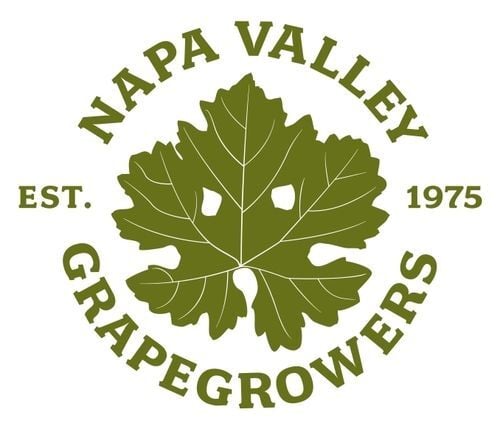 In May the Napa Valley Grapegrowers (NVG) celebrated both its 46-year anniversary, as well as the 2021 Napa Valley Grower of the Year.

The Grower of the Year Award is extended to someone who exhibits a commitment to sustainable practices, leadership in agricultural preservation, and a dedication to the Napa Valley community.

For 2021, we recognize someone very dear to our organization, Oakville grape grower and NVG founder, Ren Harris, owner of Paradigm Winery.

In this month’s Napa Valley Grapegrowers’ report, we turn to Ren to share the history and personal anecdotes about the establishment of the Napa County Agricultural Preserve, the founding of NVG, and what’s next when it comes to protecting Napa Valley agriculture.

What was it like to be a part of Napa Valley agriculture in the late-60s, before and during the establishment of the Ag Preserve?

Ren Harris: In the ‘60s there were a variety of crops – dairies, Christmas trees, prunes, and active prune dehydrators, and pears.

Grape planting was starting to be on a roll, but wine quality had yet to be at the forefront of everyone’s minds. The climate was different then as well, and varieties like Cabernet Sauvignon were planted with a lot of uncertainty.

Those in agriculture were often multi-generation farming families, farming the same as was done the previous 100 years.

What motivated the establishment of the Ag Preserve, and who led the charge?

Ren Harris: It wasn’t one person, but my father-in-law, Andrew Pelissa was among those involved. We started seeing subdivisions and housing developments popping up here and there that threatened the continued viability of farming.

Then, what really prompted people to set the Ag Preserve initiative into motion was the incorporation of Yountville. We thought, gosh, is there also going to be an incorporated Oakville and Rutherford? Are cities going to start just expanding and expanding into each other; and will we [farmers] be property taxed at subdivision values for land when farming couldn’t support it?

My wife and I moved up to the valley full time in 1967, although my wife was born here, and we watched this proliferation of housing and subdivisions. As with many places across the state, it wasn’t looking hopeful for agriculture, and something needed to be done.

Can you talk more about your father-in-law, Andrew Pelissa’s perspective, and what those County meetings were like where the Ag Preserve discussions took place?

Ren Harris: He could be considered a conservative fellow in many ways, however, the Ag Preserve didn’t strike a lot of people as a conservative idea at the time. It was telling people what they can and cannot do with their land. They could grow things and process things that they grow, but factories and other more intensive uses would not be allowed.

At the time this attracted our family’s attention because we had 30 acres in prunes when Yountville was incorporated that got thrown into the city limits, even though the family did not want this at the time.

It would have been a shame to see Napa Valley farmland continue to go the way of the rest of the bay area where so much more farmland was lost.

I had the pleasure of riding to the Planning Commission meetings with people like my father-in-law, Kent Ingalls, and Felix Vandershoot -- all commissioners. They seemed to think this was a good idea, because they did not want to see farmland become wall-to-wall housing.

During the meetings, I would listen carefully to people in the industry. I remember particularly Jack Davies from Schramsberg spoke quite eloquently and often in favor of it, as well as Louis Martini.

After 6 meetings, commissioners voted unanimously in favor of the Ag Preserve.

What was it like soon after the Ag Preserve passed?

Ren Harris: Because of these added protections for farmland, people felt more secure in keeping their land in agriculture. Farmland no longer had to compete with housing property tax values. You started to see more vineyards going in.

During that time, about 12,000 to 14,000 acres were planted to wine grapes. We now have over 47,000 acres of grapes in Napa County with more varieties making premium wines.

Juxtaposing that with other parts of California where farmland is now virtually non-existent is pretty incredible. Can you also talk a little about the formation of Napa Valley Grapegrowers and what other ways the industry began to evolve?

Ren Harris: In 1975, while I was the president of the Farm Bureau, we realized that there were discrepancies in what growers were being paid by wineries for wine grapes. So, a group of Napa grape growers, including myself, gathered in my living room to discuss this and other ways to support local growers, which lead to the establishment of the Napa Valley Grapegrowers.

Our first initiative was to convince the state board of agriculture to produce an annual crush report to show average grape prices by the district. Senator Claire Berryhill put forth a bill, which effectively passed. The report helped provide growers in each region with a basis for grape pricing, an important resource for growers to this day.

The industry continued to evolve from there into being known for high-quality wines. Access to plant material became more meaningful and something NVG advocated for.

People no longer went to their next-door neighbors for rootstock; grape growers turned to UC Davis for certified plant material, to ensure it was heat-treated and free of virus, which also improved the quality of wines.

Farming costs increased as more grapes were being planted and farming practices were improved with best practices. There was also an increased need for local wineries; co-ops had served their purpose for a long time, but many people now wanted to sell a wine with the Napa Valley AVA listed on the label.

NVG also got to worrying about the longevity of the Ag Preserve. The Ag Preserve was only passed as a temporary zoning ordinance, which meant it could be overturned by the Board of Supervisors at any time.

Consequently, the Napa Valley Grapegrowers actively advocated for and supported Measure J, which secured the Ag Preserve with a vote of the people. The organization went further with the support of Proposition P, which locked the Ag Preserve in for another 50 years.

Maintaining the interests of grape growers and monitoring legislation affecting land use is still a big part of what NVG is all about, along with education in best practices and promoting Napa Valley with vintner partners.

Looking ahead, what are the biggest challenges Napa Valley faces?

Ren Harris: Wildfire is on everyone’s mind, of course, and the biggest challenge facing this planet is climate change. Agriculture is a key part of that. People rely on farmers for food and sustenance, so we need to do the best we can.

We need a worldwide effort — we can’t control climate from Napa County or even just the United States — but my family organically farms, and we know that there is an increase in environmental practices throughout the valley that will hopefully help with the climate here.

Taking good care of the people who work in agriculture is always going to be important. On our team, everyone in the vineyard is full-time with benefits, 401Ks, vacation time, and family health insurance. There are now overtime and minimum wage mandates in California legislation in place as well. I think these things are welcome signs of progress being made.

Napa County goes beyond to set a high standard. As an area largely comprised of small farms, we all know each other, see each other at the grocery store, and operate like a community.

For more information about the Napa Valley Grapegrowers, visit www.napagrowers.org

The explosion of growth that signals spring's bud break is not just the start of this year’s growing season, but a reflection of last year as well.

Past champions in the Napa Valley Grapegrowers annual pruning contest share their insights on their work.

As harvest season approached, growers begged county officials to vaccinate their workers. But the state and counties didn’t prioritize vaccine doses for farmworkers in February. So the growers and doctors stepped in and set up their own clinics.

Rolando Sanchez, a leader in the Napa Valley Farmworker Foundation, tells the story of the organization as it celebrates its 10-year milestone.

Ren Harris has been named Grower of the Year for 2021.