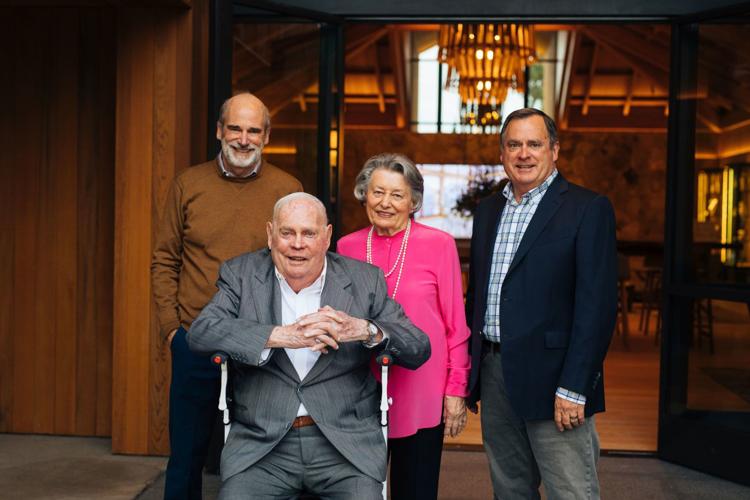 The Cakebread family, from left, Bruce, Jack, Dolores and Dennis. Jack Cakebread has died at the age of 92. 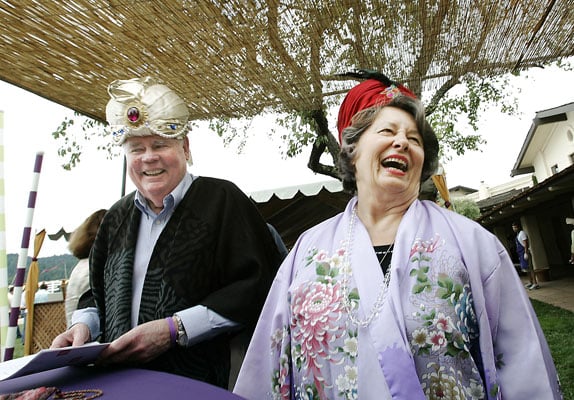 Jack and Dolores Cakebread shared a laugh as they took their turn as fortune tellers during Auction Napa Valley in 2009.

The founder of Cakebread Cellars, with his wife, the late Dolores Cakebread, Jack was 92.

"He was a wonderful man and a giant in the wine industry," said Congressman Mike Thompson (D-St. Helena), "and he was a good friend.

"He and Dolores played a huge role in the valley through their philanthropy," Thompson added. "He may be gone, but his legacy lives on in his kids, his winery and his wines, which are loved the world over."

"Jack was a leader in the renaissance of Napa Valley," said vintner Tim Mondavi. "He and Dolores were a team that elevated both the food and the wine of the valley."

Dolores Cakebread, known for her bountiful gardens and the Cakebread Cellar's American Harvest workshops, which combined food, wine and viticulture, passed away in 2020.

Married for 70 years, Jack and Dolores were high school sweethearts who met in Oakland, where Jack's father owned an auto repair shop. Jack got his first taste of farming, however, when his father bought a farm in 1939 and began growing almonds, apricots and walnuts.

After serving in the Air Force, Cakebread became a partner in the auto shop, but he also took up photography and studied with with the renowned landscape photographer Ansel Adams. It was his work moonlighting as a photographer that brought him to Napa Valley in 1972.

When executives at Crown Publishing saw Cakebread's work at the Museum of Modern Art in Los Angeles, they offered him a job shooting photos for "A Treasury of American Wines," a book written by Nathan Chroman.

In February 1972, the assignment brought him to Napa Valley to shoot portraits at Beringer and Christian Brothers wineries. On his way home to Oakland, he stopped to visit family friends on their 22-acre ranch near Rutherford. His casual offer to purchase his host's grazing land and walnut orchards for $2,500 — his advance on the wine book — is now part of Cakebread legend. Much to his astonishment, they accepted it.

Jack and Dolores, and their sons, Bruce, Steve, and Dennis, subsequently divided their time for the next several years commuting from Oakland to Napa on weekends, while they built their winery, planted vineyards and Dolores' gardens. And made wine.

In 1973, Cakebread Cellars produced its first wine, 157 cases of Chardonnay made from purchased grapes. In 1974, their neighbor Robert Mondavi recommended they plant Sauvignon Blanc grapes.

"He absolutely adored being part of the pioneering spirit of the Napa Valley," said longtime wine writer Dan Berger. "He was one of the early champions of the quality of Chardonnay and he was also one of the first to make Cabernet Sauvignon from Howell Mountain. He also had a great sense of humor and a wonderful personality."

Vintner Warren Winiarski recalled Cakebread's leadership skills from the early days when Cakebread served as chairman of the board of the Napa Valley Vintners. "We were facing challenges," Winiarski said. "Jack brought business skills from his former life to help advance the cause of the vintners. He tended to be at the center of things, but he listened to both sides. He brought a lot of good will to the vintners."

"The most important thing he did, however, was how he and Dolores worked together to elevate food and wine," Winiarski added. "They did beautiful things together to make the union between wine and food lasting, and this was at a time when the effects of Prohibition were still being felt."

Tim Mondavi praised Cakebread's "long-term vision. He was a long-term thinker and planner," he said. "His insight on estate planning reflected his confidence in his children."

After growing up in the wine business, Bruce Cakebread studied in the viticulture and enology program at UC Davis, becoming Cakebread's winemaker in 1978, and, later its president. Dennis Cakebread graduated from UC Berkeley and worked for a decade as a CPA and in banking before rejoining the winery in 1987. Today, he is the chairman of the board of directors. Both Dennis and Bruce are members of the board. Steve Cakebread is a successful  IPO specialist who was involved in the early days of the winery.

After his sons took over management of Cakebread Cellars, Jack continued to be active at the winery and in wine industry affairs. Known for his commonsense wisdom as well as his geniality, Cakebread shared his experience and insight with up and coming winemakers.

He and Dolores traveled the U.S. and the world meeting with distributors, retailers, restaurateurs and consumers. He led seminars at Harvard, Yale, Columbia and Northwestern universities, but he also spoke to children at Oakland-area elementary schools about working hard and pursing big dreams.

“Jack has created a vision that will live forever," said vintner Jean Charles Boisset, "Exceptional family, outstanding consistent quality in the land to the glass and a philosophy that inspires us all in Napa Valley and all wine regions."

The family will hold a private burial ceremony in Napa. In lieu of flowers, they suggest a donation is to Collabria Care of Napa, give.providence.org/collabriacare.

The Robert Mondavi Winery in Oakville will undergo a major renovation starting in the late spring and will move its tasting room and culinary programs temporarily to the historic stone Borreo building in downtown Napa at Third Street by the Napa River.

Eduardo Dingler shares some of his favorites new places to try in Napa and Calistoga.

Looking for a bottle of wine in Napa Valley? Tim Carl has provided a guide.

Cakebread Cellars in Rutherford celebrates its 50th anniversary at this year's Founders Day event on Feb. 4.

Lies, fabrications or aggrandizements are everywhere in our society -- but  when it comes to wine are they harmless?

Most wine books sell a few thousand copies. Karen MacNeil’s "The Wine Bible" has sold more than 1 million. Last fall the St. Helena author released its third edition, and the 728-page book is sure to continue that success.

Allen Balik, The Napa Valley Wine Exchange: Cognac: wine or spirit -- or both?

Is Cognac a wine or spirit? Actually it is a bit of both, which adds to its romance  and the complexity of its character.

Tasting five different crus from the same vintage demonstrates how Nebbiolo expresses itself differently within Barolo.

The Cakebread family, from left, Bruce, Jack, Dolores and Dennis. Jack Cakebread has died at the age of 92.

Jack and Dolores Cakebread shared a laugh as they took their turn as fortune tellers during Auction Napa Valley in 2009. 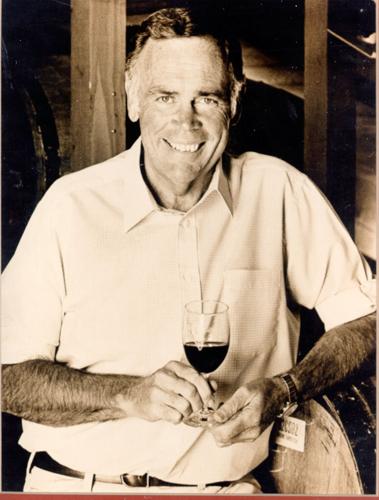