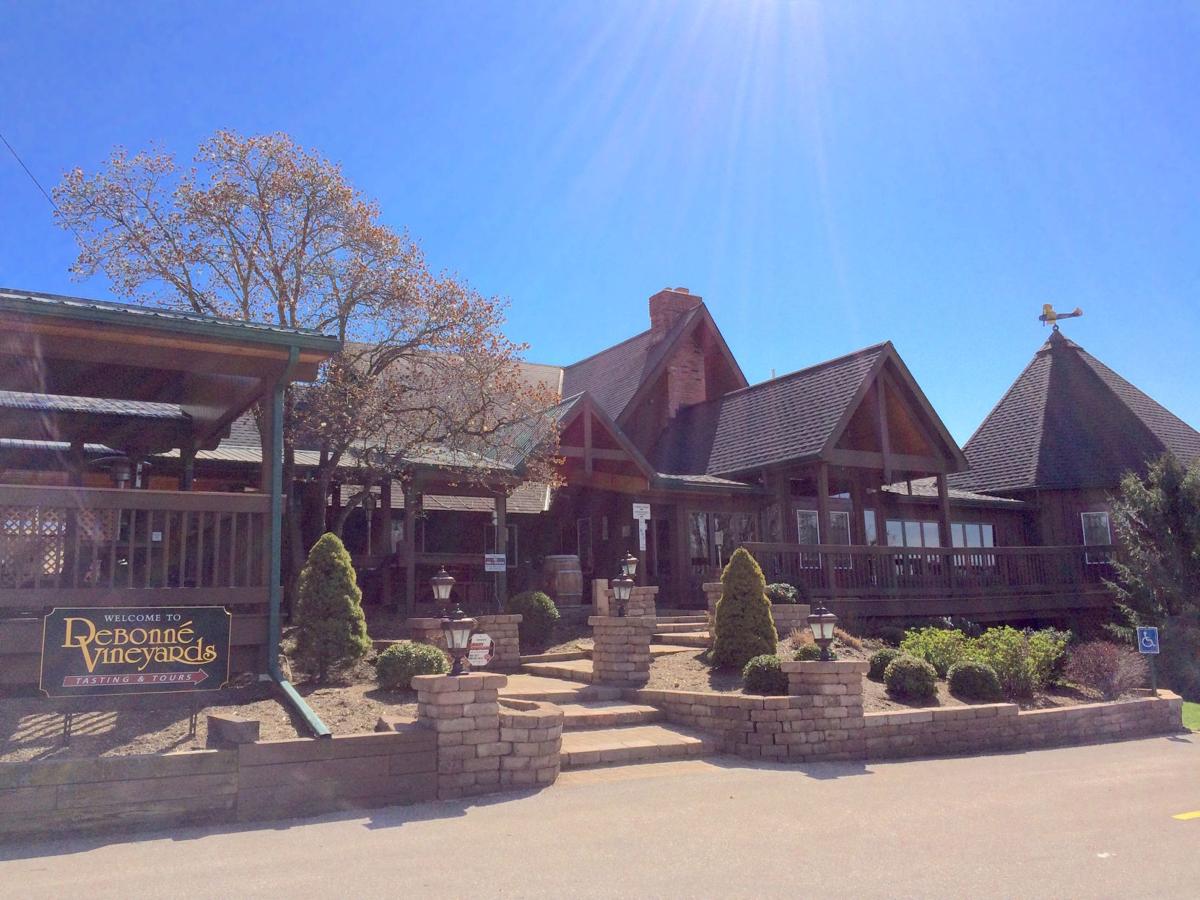 Debonne Vineyards, about an hour east of Cleveland, is the largest wine estate in Ohio with more than 175 acres of vines. 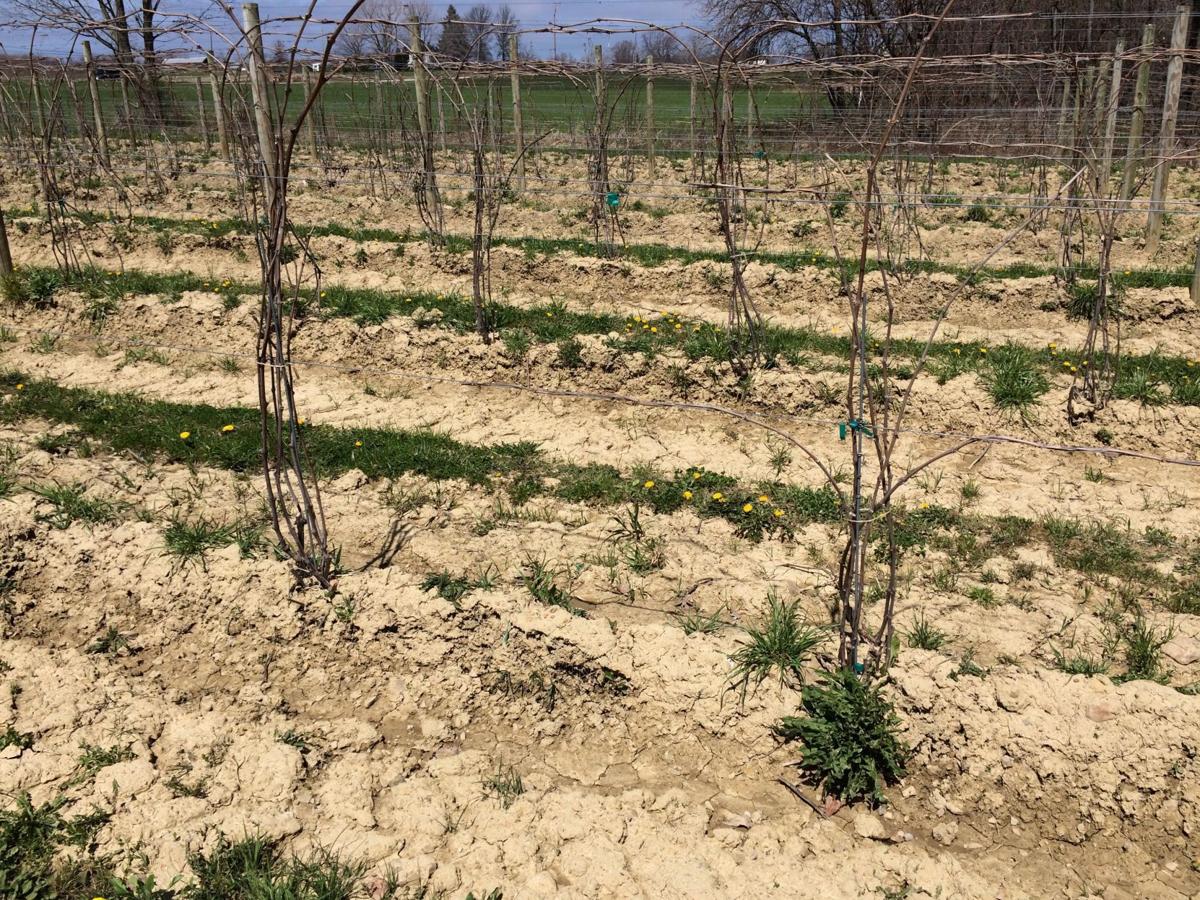 Multiple canes in a vineyard in Ohio, which was the largest suppliers of wine in America in the 19th century, and today is reviving the industry that was ruined by Prohibition. 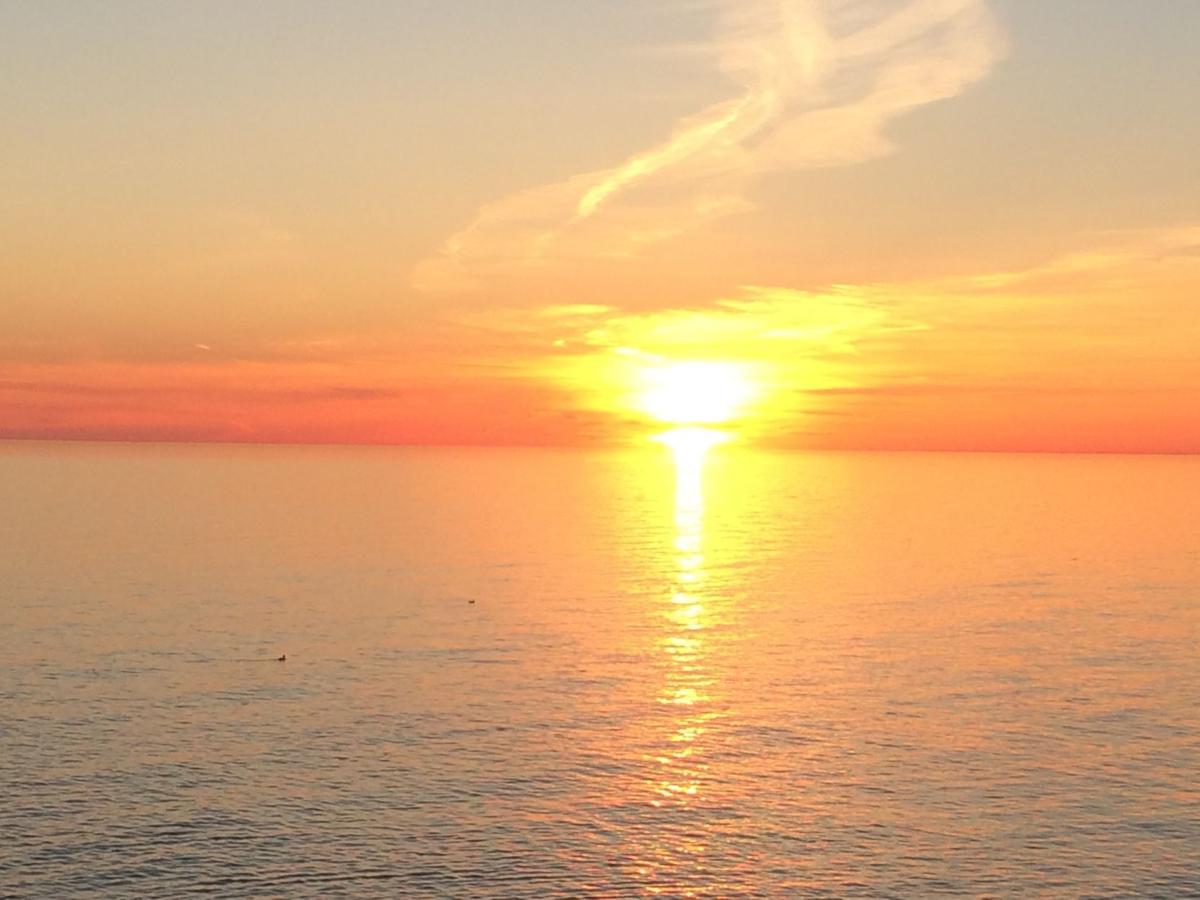 Sunset on Lake Erie, near one of Ohio’s wine producing regions. 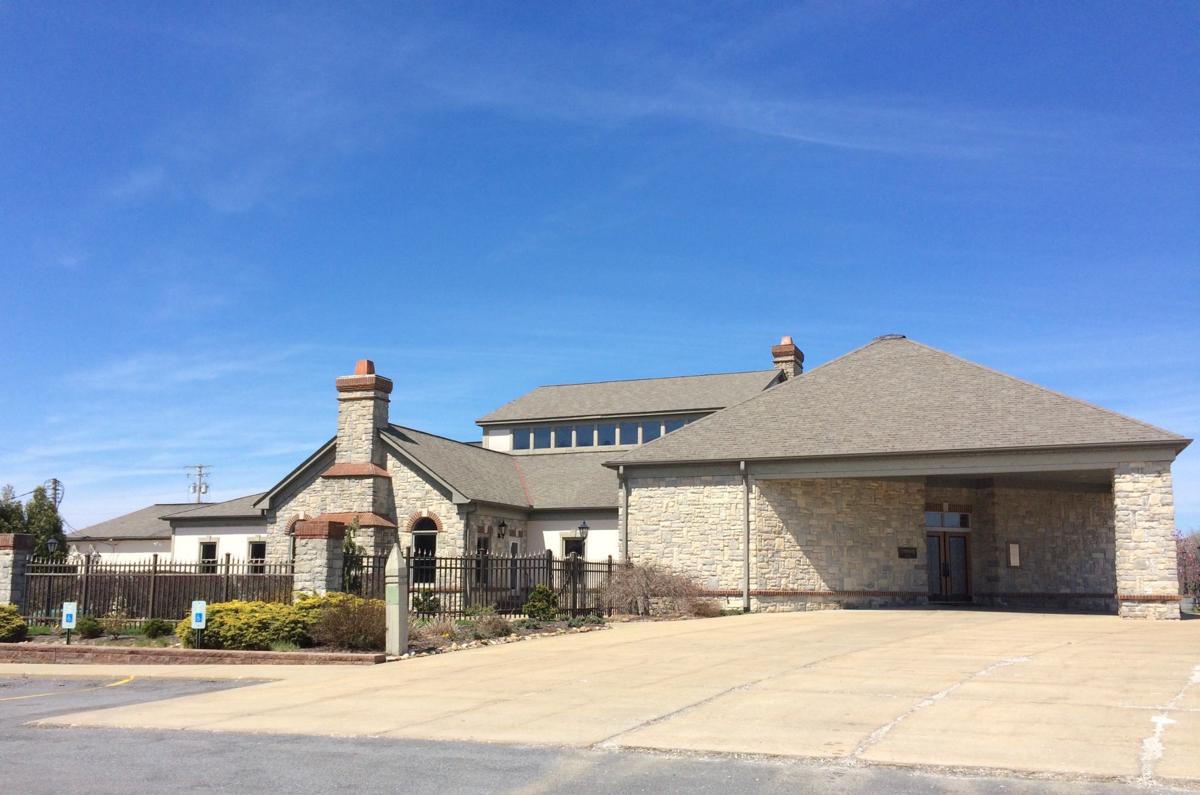 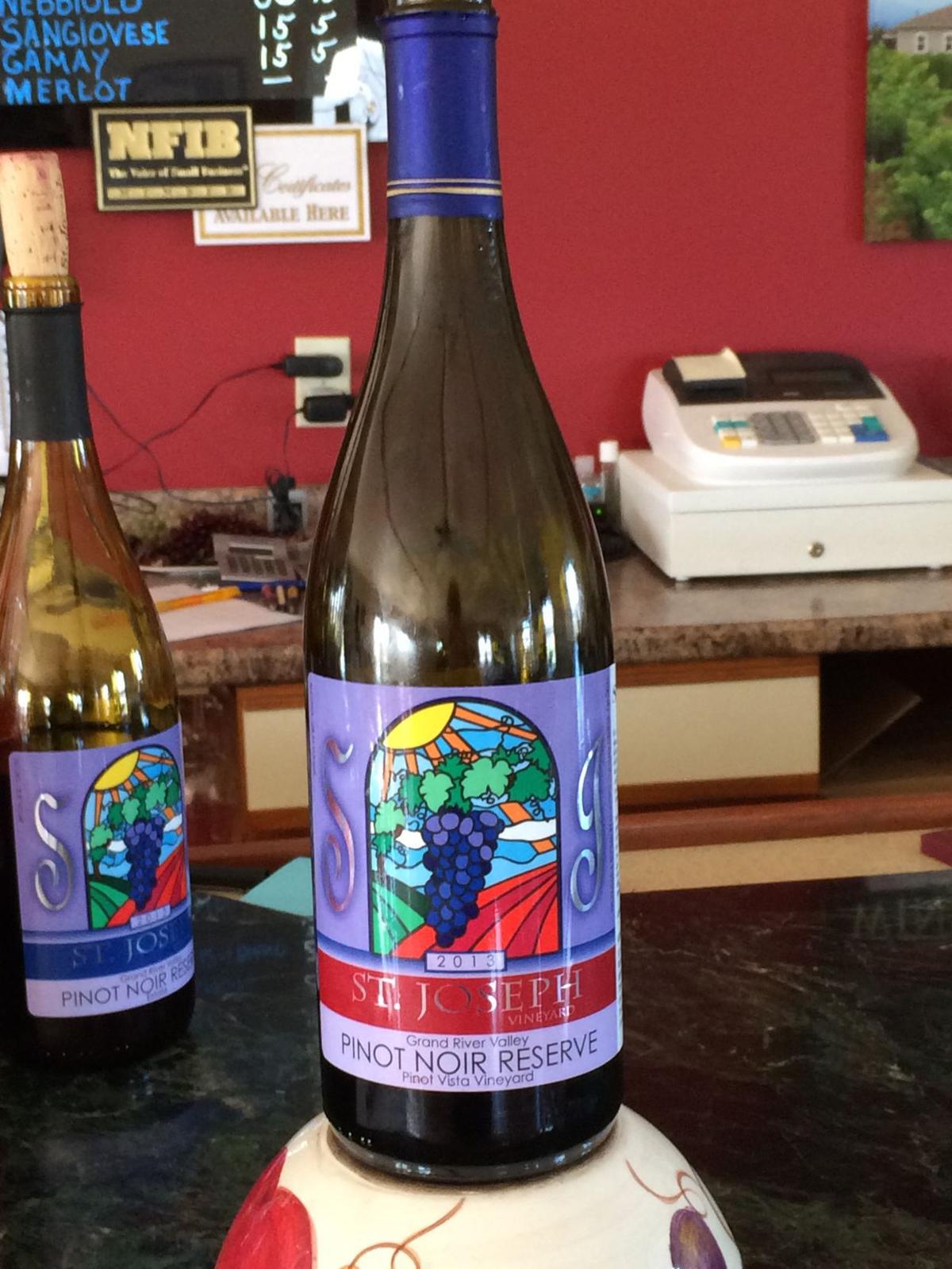 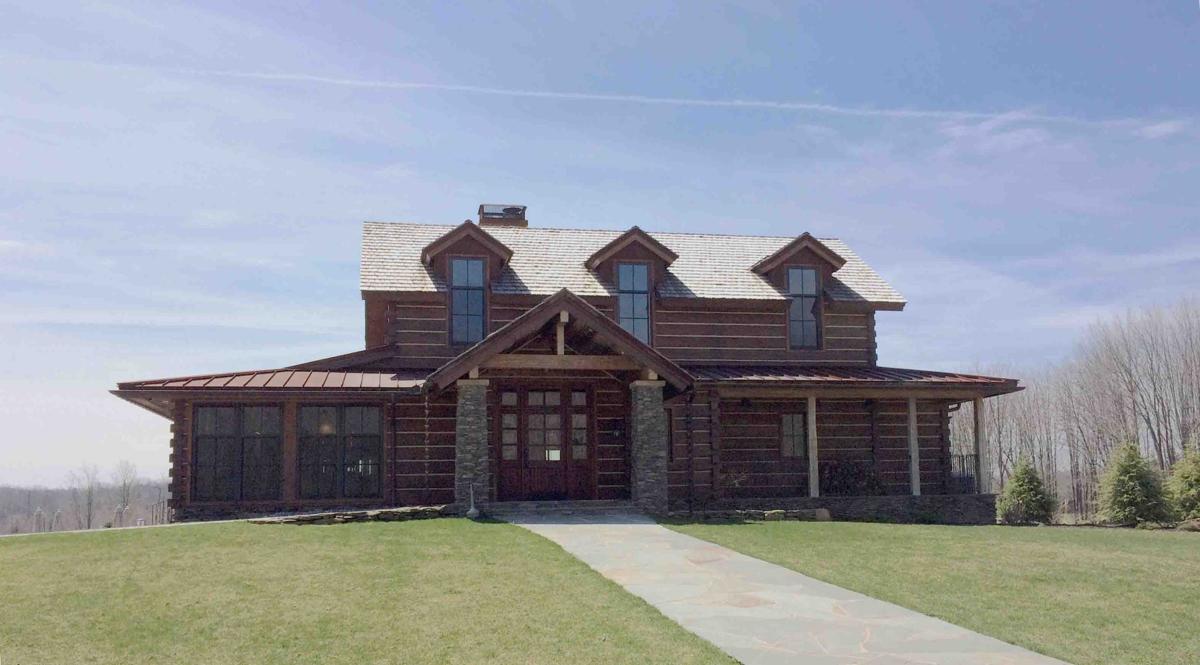 A recent invitation to talk about how Napa Valley established its strong brand at a Midwestern wine marketing conference, License to Steal, also provided me a chance to visit a slice of wine country far removed from Napa — in many ways.

The conference was held at the Lodge at Lake Geneva, a funky summer tourist town on Lake Erie.

It turns out that Ohio was the largest supplier of wine in America in the 19th century, and Cincinnati was the most important city in the wine trade. Wine has been produced in Ohio since 1823 when Nicholas Longworth planted native American vitis labrusca grapes in the Ohio River Valley.

These native grapes have a strong wild flavor often described as “foxy,” although I don’t know that they smell much like foxes.

In 1825, Longworth planted the first Catawba grapes in Ohio. Others soon planted Catawba in new vineyards throughout the state and by 1860, Catawba was the most important grape variety in Ohio. Sparkling Catawba became famous; it’s recently been revived in Ohio, but I don’t think Champagne needs to worry about the competition.

Prohibition ruined the Ohio wine industry, which has recovered slowly.

According to the Wines & Vines database, there are 178 commercial wineries in Ohio, although the state uses a different measure and comes up with 243.

Ohio’s definition is a site that “manufactures” wine. Some buy juice and make wine, some buy juice and grow grapes, and some depend mostly on their own vineyards. Even those with estate vineyards have to buy grapes or juice when nature strikes with the polar vortex as it did in 2013 and 2014.

Five American Viticultural Areas are partially or completely in the state.

The state has about 2,000 acres of grapes and produces more than 1 million gallons of wine per year; some of that wine is made from grapes or juice imported from elsewhere. The state’s wine promotion falls to the Ohio Grape Industries commission, not a specific wine-oriented group, although wine certainly seems to take much of its effort.

While vineyards are found all over the state, the area I visited was along Lake Erie, which moderates the climate. In addition, a long ridge or escarpment up to 1,300 feet high a few miles south of the lake creates a protected area near the lake; some vines are planted on its steep slopes.

Vineyards abound there on gentle rolling hills or even steep slopes, and many of them look just like those in Napa Valley.

Native grapes are still grown and turned into sweet wines, but hybrid and vitis vinifera grapes are common. About 30 percent of the grapes are natives but few people plant them anymore.

Being a wine grape grower in Ohio can be challenging. Many growers plant some hybrids and even natives as insurance against capricious weather.

Traditionally, Midwestern vinifera growers train multiple trunks or canes for insurance, and typically bury some of the canes with dirt during the winter just in case. Snowfall will also protect vines up to a point.

“We got lazy after such a long time without killing freezes,” admits Tony Debevc, whose Debonné Vineyards in Madison about an hour east of Cleveland is the largest estate winery in Ohio with more than 175 acres of vines.

Debevc is a tireless researcher and experimenter, and has pioneered such practices as wind machines and drains for vines. Early malolactic studies were done at the winery.

Hybrid grapes are tougher, and natives even more so, but they don’t taste like Vinifera. That said, I did taste a red Chambourcin hybrid wine and a sweet Vidal white hybrid that didn’t exhibit any detectable labrusca “foxiness,” though most of the hybrids I tasted reeked of it. That doesn’t seem to bother locals, who like their wines sweet and have learned to love the smell.

Summer heat is no problem, however. The region’s heat is comparable to that of Oakville.

Mildew is a big problem with the humid climate, and it would be challenging to grow organically in this area.

Not surprisingly, my hosts steered me primarily to vinifera wines. The reds were typically a bit light in color, body and flavor, though some were pleasant and I’d be happy to drink them.

Cabernet franc seemed most successful, but most cabernet sauvignons were green, underripe and tannic. Merlots came in between.

The whites seemed more successful. Most of the rieslings, some of the chardonnays, gewürztraminer and gruner-vertliners were quite nice, delicate and aromatic. Some of the wines I tasted were made with New York and Michigan grapes, both better known for their wines.

A variety of wineries

The wineries varied from rustic barns with modest equipment to places that looked like high-production Napa wineries or cult cellars financed by high-tech money.

Some wineries like Laurentia Vineyard & Winery in Madison Township are lovely places set among vineyards with underground cellars filled with French, American and Hungarian oak barrels plus concrete eggs. It is owned by Gary Blackie, and his brother Leonard is the vice president. Eric Schroeder is the winemaker.

Laurentia has 37 acres of Vinifera and is adding five now with two more in the works. It grows 13 varieties including a half acre of vidal for the popular ice wine. They planted the first vineyards in 2011.

They plant two canes from each vine each year. The past winter was OK, but the two before that were killers. All the vines above the snow were killed, vineyard managers said.

They lay the canes by hand, then a tractor hills dirt over them. In the spring, they use a tractor to run a blade under the vines and free them, then use manure forks to lift them from the soil.

They have to net one vineyard across the street from a blueberry farm against voracious birds that have developed a taste for dark-colored berries.

Lauentia has tasting rooms faced with reclaimed woods on two levels and has a “barn” door that can be opened for cooking demonstrations. It even boasts a chef from California.

The winery hosts live music during the winter on weekends to attract consumers, but doesn’t need to during the summer.

St. Joseph Vineyard is a rustic winery set amid 25 acres of vines. The winery specializes in pinot noir, but also grows sangiovese, riesling and pinot grigio among other grapes. About 95 percent is vinifera; it like most local wineries makes sweet vidal.

Owner Art Pietrzyk was an engineer before he became a grower and winemaker. His parents planted vinifera vines in 1976. Its vineyards are sloped, some on the escarpment, which helps cold air drain away.

Another winery, Ferrante Vineyards, includes a popular Italian restaurant at its winery and vineyard site. Nick Ferrante is the winemaker while his sister, Mary Joe Ferrante, manages the hospitality center. He produces 35,000 to 40,000 cases per year.

It and five other wineries make red “cask” wines maintained like sherry soleras (without the sun), with part of the wine removed each year and replaced with the current vintages. The blend or variety is up to them. That tends to minimize vintage variation, a common trick in Champagne, too.

Harperfield is a rustic winery where the former owner just wants to make wine, so he sold the property and headaches to new owners.

M Cellars is a new winery with a modern tasting room and a deck overlooking vineyards. Matt & Tara Meineke grow only vinifera and produce the only licensed Meritage in Ohio; he studied at U.C. Davis.

The winery tasting rooms were unexpected to a Napa or Sonoma visitor. Most were event centers and wine bars, and the wine took backstage to the experience.

Many tasting rooms are open until 10 p.m., have full-on restaurants or at least light bites, and many feature music. The local newspaper from the small city near our meeting listed ad after ad of musical groups playing four or five times a week at wineries.

They do like to see the wineries, the tanks and the barrels, and beautiful landscapes if not so much the details of the vineyards. They also like festivals: more than 60 outdoor wine festivals occur each year, including at least one ice wine festival with winter activities sponsored by five wineries.

Growing wine grapes in Ohio can be challenging, but a vibrant industry has adapted to — or determined — local tastes. The business is very different from Napa Valley, but it works for them.

Debonne Vineyards, about an hour east of Cleveland, is the largest wine estate in Ohio with more than 175 acres of vines.

Multiple canes in a vineyard in Ohio, which was the largest suppliers of wine in America in the 19th century, and today is reviving the industry that was ruined by Prohibition.

Sunset on Lake Erie, near one of Ohio’s wine producing regions.