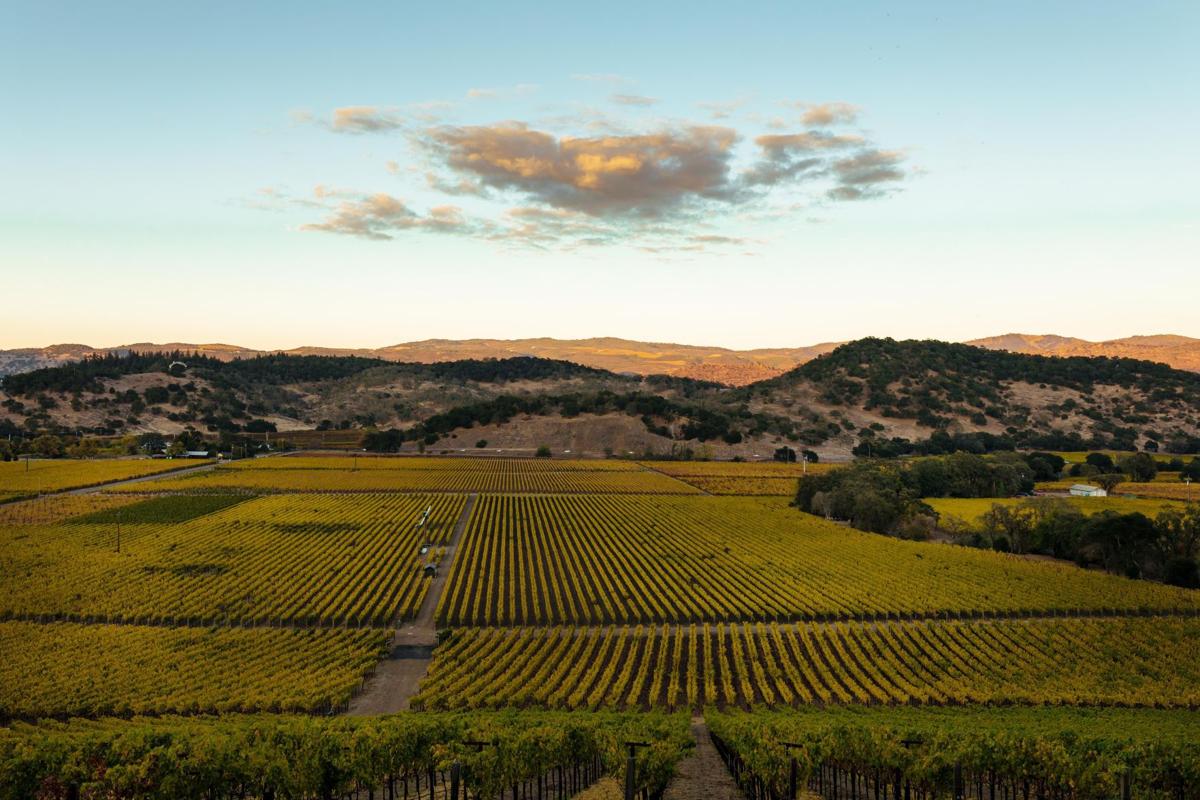 The Ag Preserve, adopted in 1968, was the first of its kind in the United States. 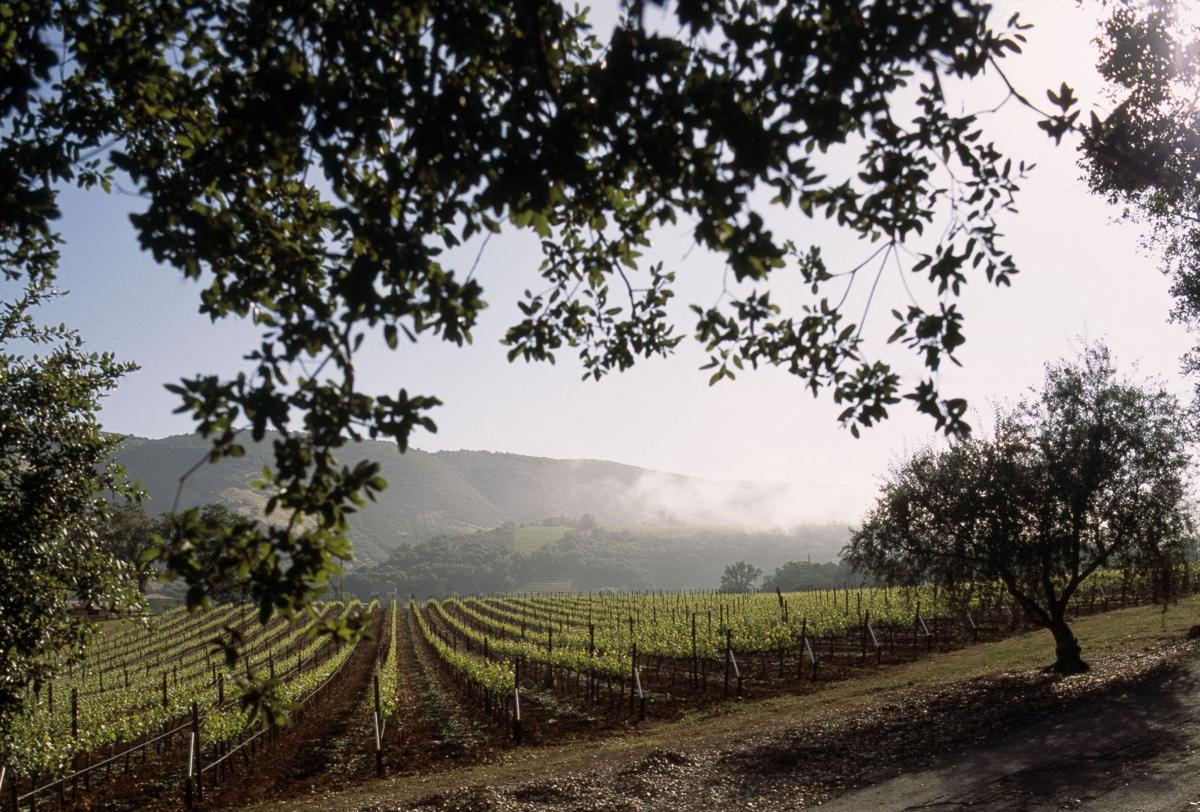 On a national level, 40 acres of farmland is lost every hour due to urban sprawl but not one acre of Ag Preserve zoned land has been lost to urban use since its inception.

To grow grapes in Napa Valley is to engage in a longstanding tradition. For nearly two centuries, Napa Valley farmers have worked with fertile volcanic soils and a unique climate, perfect for grapegrowing and agriculture of all kinds.

Records show that commercial vineyards began to be planted as early as the 19th century, and right away, Napa Valley wines were renowned for their quality. Even through trying times including Prohibition, natural disasters, and the relentless march of urban sprawl, agriculture has maintained its prominent position as an integral part of life in the Napa Valley.

This was not always a sure thing. In the 1960s, the community noticed that many nearby agricultural regions were in serious decline. Farmland was rapidly disappearing and being replaced by encroaching development. At that time, subdivisions and commercial development were more likely to bolster land values.

Even so, the community began discussing how to preserve Napa County’s agricultural legacy. While many other regions permanently paved over their agricultural land, Napa County did something unique and doubled down on agriculture. The result was nothing short of visionary.

2018 marks the beginning of the 50-year anniversary of Napa County’s Agricultural Preserve (AP)— the first of its kind in the nation. This landmark set of zoning laws, which encompasses AP and AW lands, established agriculture as the highest and best use of the land in Napa County. As grape growers, we believe this is a time to recognize the county’s successes that have resulted from its commitment to preserving ag land.

While on a national level, 40 acres of farmland is lost every hour due to urban sprawl — not one acre of Ag Preserve zoned land has been lost to urban use since its inception. Many landowners have even taken this commitment a step farther to protect their land in perpetuity by placing into voluntary conservation easements.

As the 50th anniversary approaches, growers are seeking even more ways to build on our successful land stewardship and take steps to ensure the continued success of sustainable agriculture in our county. As many of our 30- and 40-year-old vineyards near the end of their lives, we see replanting as an opportunity to improve on our past practices. This cycle of renewal and reflection on what works and how to improve it is leading to vineyards with lower input requirements while increasing efficiency and quality.

Another important question we face leading up to the 50th anniversary is who will be our farmers of the future? Family businesses face immense challenges when passing the business on to the next generation. The average age of farmers nationally has been consistently on the rise, as fewer young people choose or can afford to get into farming. Napa’s commitment to heritage and family-owned businesses has played a crucial role in establishing Napa Valley as the world-class wine grapegrowing region it is today. It is vital that we support the next generation’s ability to farm and prosper in Napa County.

The Napa Valley Grapegrowers Association is committed to preserving and promoting Napa Valley vineyards — which to us, means protecting Napa County agriculture for future generations. This means farming for quality and with a deep respect for the land. It means actively working to maintain our county’s agricultural heritage and our sense of place. It also means working to ensure that the county as a whole continues to thrive.

We are committed to providing educational programs that support a vibrant industry working to set the gold standard for land stewardship.

As we approach the 50th anniversary of the Ag Preserve, we ask that you join us in renewing this commitment to Napa County agriculture.

Napa Valley Grapegrowers is a non-profit trade organization, which has played a vital role in strengthening Napa Valley’s reputation as a viticultural region for 42 years. Its mission is to preserve and promote Napa Valley’s vineyards. It represents 700 Napa County grapegrowers and associated businesses.

--The Ag Preserve was established as AP and AW zoning in 1968 to protect agriculture for future generations; this was the first zoning ordinance of its kind in the country

-- According to the Napa County Land Trust, 140 Conservation Agreements have been donated by more than 90 property owners totaling 65,000 acres of protected land - that is 12 percent of Napa County

-- Nationally, we lose nearly 40 acres of farmland every hour due to urban sprawl; however, not one acre of Ag Preserve zoned land has been lost to urban use since its adoption

-- According to the American Farmland Trust, an acre of agricultural land on average produces 58 times fewer GHG emissions than an acre of urban use.

Only the third winemaker in the decades-long history of Napa Valley's Signorello Winery, Priyanka Dhar French is among a handful of Indian women making a mark in California winer industry as she helps Signorello rebuild after the 2017 wildfires.

The Wine Press: News from the Napa Valley community

The Cameo hosts a benefit for the Spring Mountain Fire Safety Council; International Wineries for Climate Action announce new members; three Newton's vineyards are certfied organic and the Taste of Atlas Peak is Oct. 30 at Silverado.

The Ag Preserve, adopted in 1968, was the first of its kind in the United States.

On a national level, 40 acres of farmland is lost every hour due to urban sprawl but not one acre of Ag Preserve zoned land has been lost to urban use since its inception.