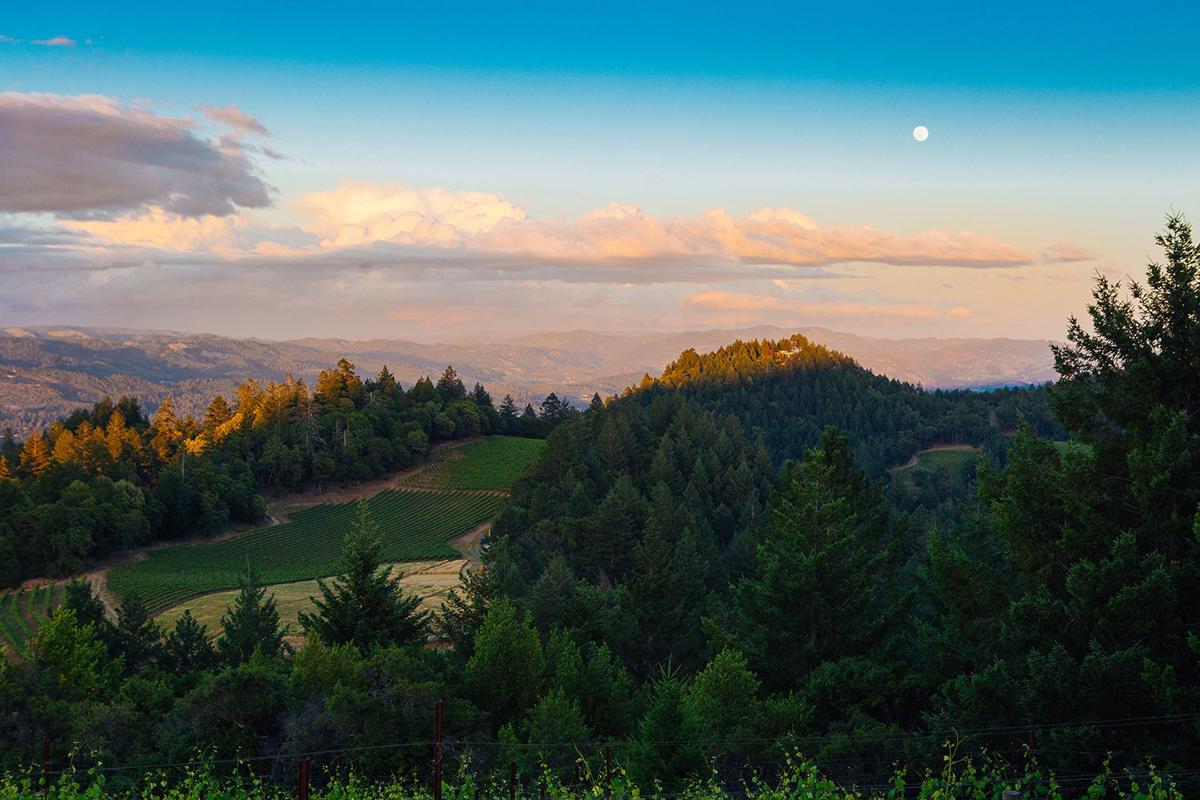 Barnett Vineyards, established in the 1980s, is at 2,000 feet on Spring Mountain. 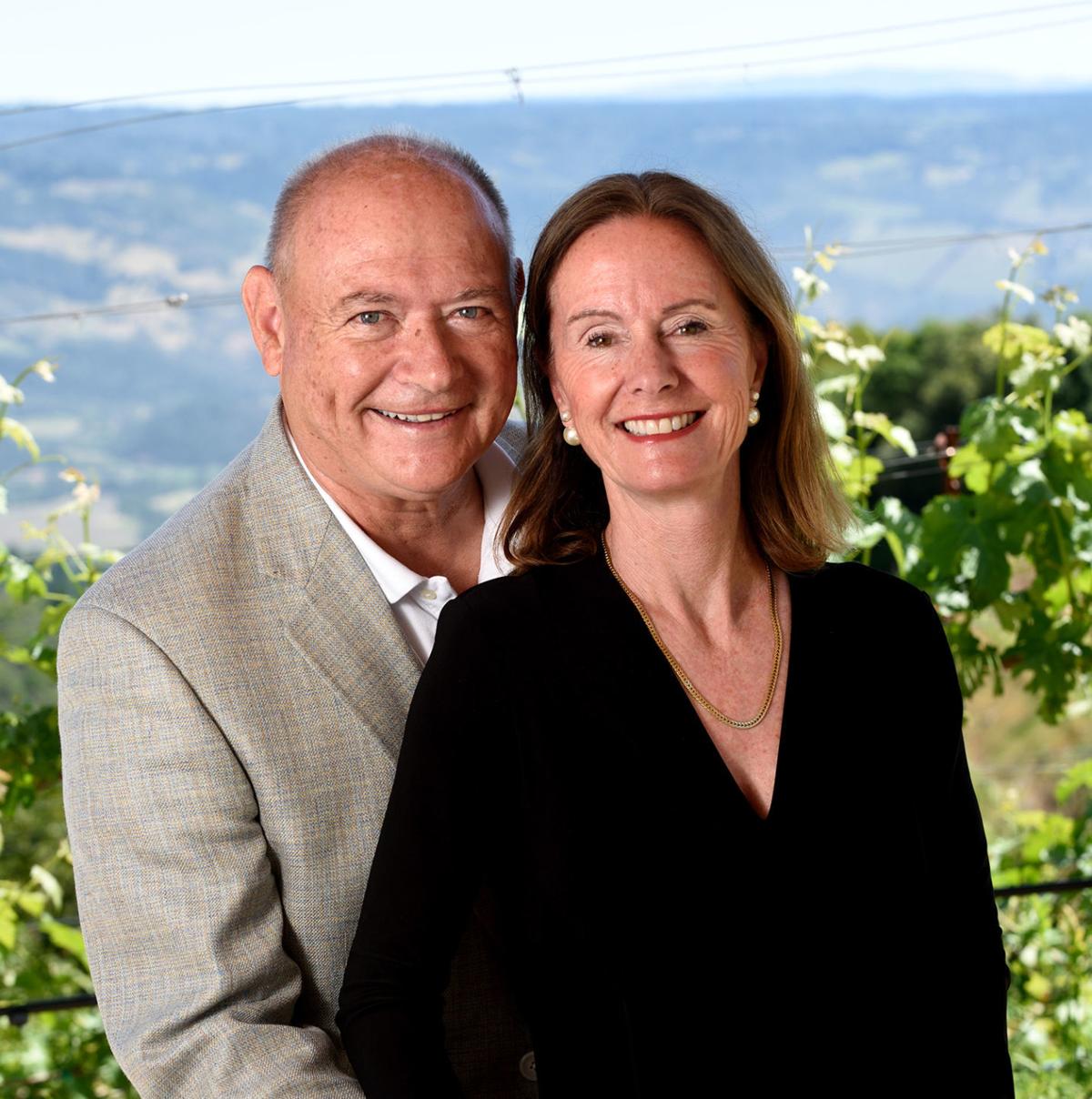 Fiona and Hal Barnett were not intending to become vintners when they purchased their 40 acres on Spring Mountain. 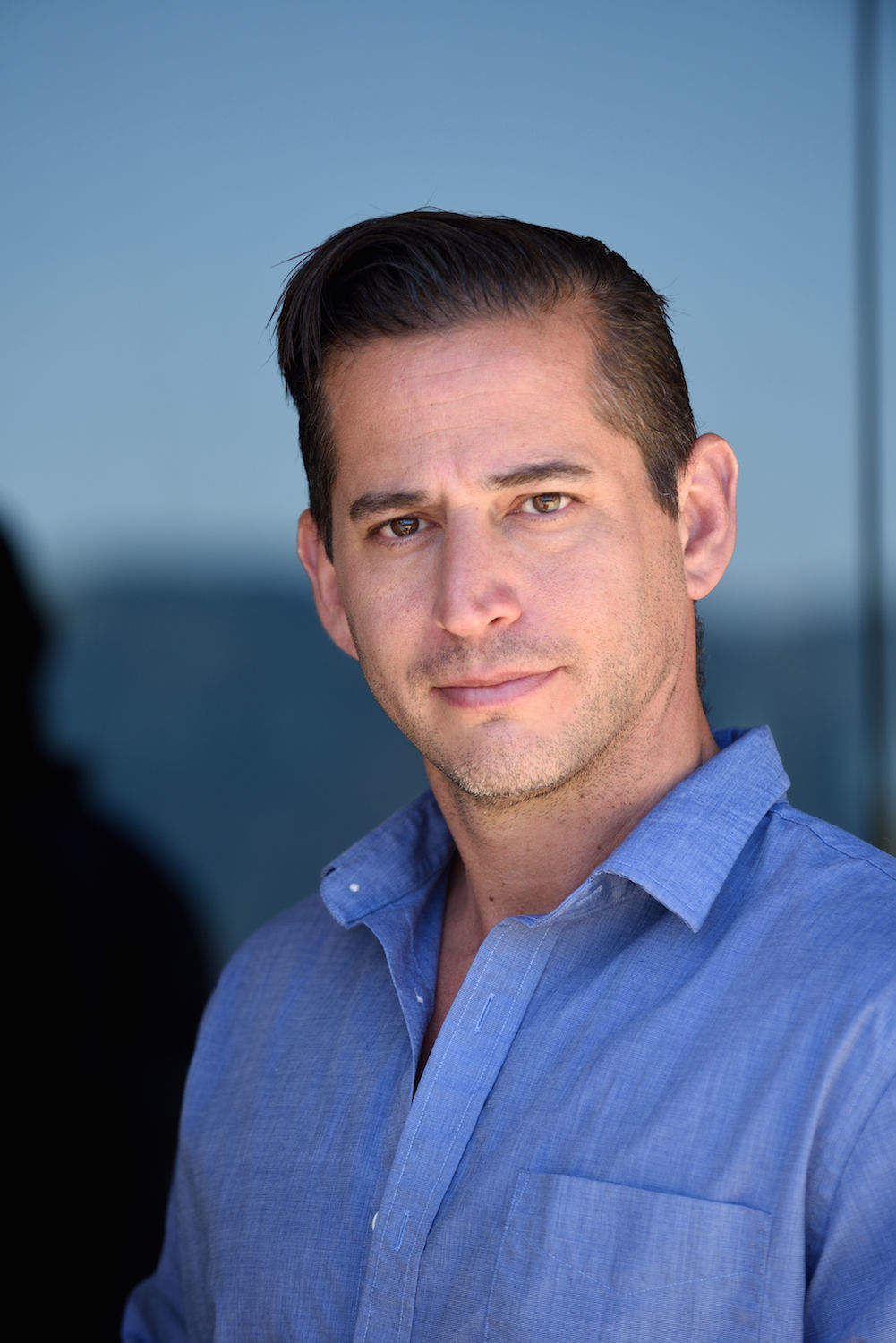 David Tate is winemaker and general manager at Barnett. 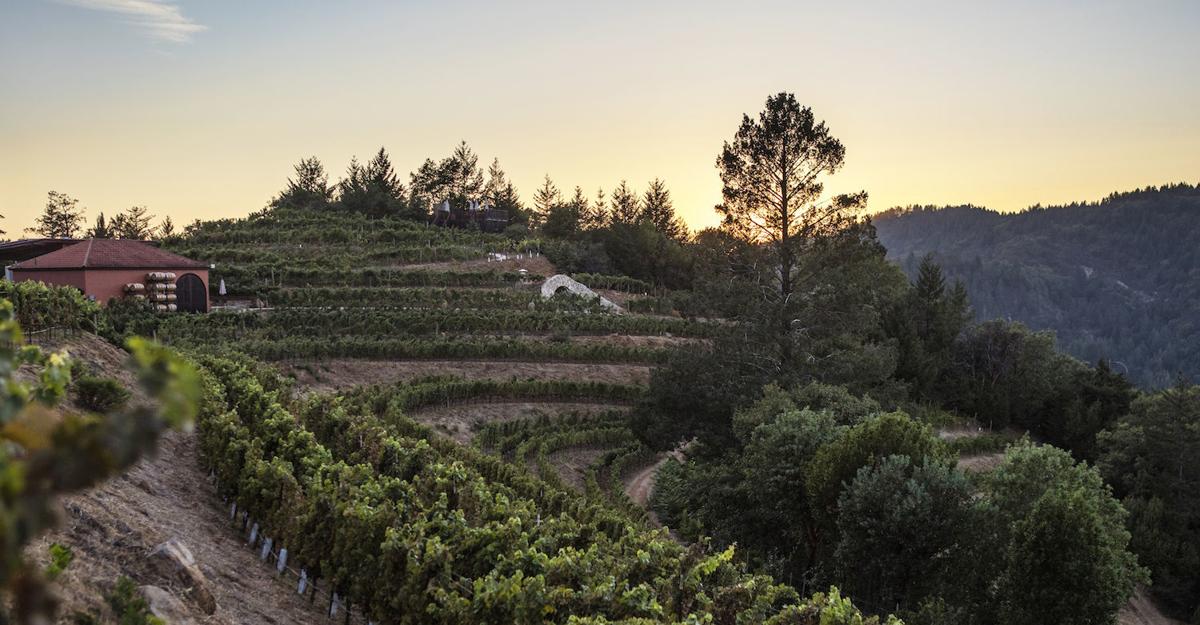 For 30 years, Hal and Fiona Barnett have been quietly producing hand-farmed, single vineyard wines on Spring Mountain, 2,000 feet above the fog. Like the tortoise in the Aesop fable, Barnett Vineyards has grown slowly, steadily and successfully over the decades and is now rounding an exciting new corner — though the finish line is still nowhere in sight.

When the couple purchased the tree-covered, 40-acre Spring Mountain property in 1983, there weren’t many other producers up there, but they did have neighbors like Smith-Madrone, Ritchie Creek, Keenan, Cain and Spring Mountain Winery. The Barnett’s were simply looking for a wine country home, however, not to make wine.

“The plan was to build a house and plant a few vines. At that time, we weren’t going to get into the wine business; that was not our intention,” said Fiona Barnett.

That’s what they all say, right?

They hired Laurie Wood, an icon in the valley who had planted Martha’s Vineyard, Bella Oaks, Freemark Abbey and more. They would need an expert, after all, to finesse the complicated terracing on a steep, 35 percent grade. They planted their first Cabernet Sauvignon in 1984 and 1989 was their first vintage. They made just 292 cases with the venerable Kent Rasmussen, who was at the beginning of his career, as their winemaker.

“When it came time to harvest the first grapes, there were really so few of them, we decided, let’s just fool around with this and see what it does. One thing has led to another; it’s been really organic,” said Hal Barnett, who eventually left his career as a real estate developer and joined Fiona (a former CPA) at the winery full time in 2000.

Some of those 1984 vines remain today, seemingly scattered randomly amongst younger vines, for they’ve been plucked out one by one as they’ve succumbed to age. There are 14 total acres of Cabernet Sauvignon planted on the estate and 100 percent of the fruit goes into Barnett Vineyards. In 1991, they started sourcing Chardonnay from some other small vineyards and eventually, Pinot Noir came into the mix too. Their small winery was built in 2000, the caves in 2008.

The Barnetts aren’t eyeing retirement any time soon either, even though none of their three daughters, who grew up on the Spring Mountain estate, nor Hal’s three children from a previous marriage, are involved in the family business.

“We’re not encouraging it,” said Hal Barnett, who jokes that they actually have seven kids, counting winemaker and general manager David Tate, who is heading into his 13th harvest with the family. “The last thing we want to do is have our disengagement or passing cause a big family fight.”

Three years ago, the Barnetts jumped on an opportunity to go international. Friends who own part of an estate in Tuscany, located roughly 20 miles outside of Siena, asked them what they should do with the grapes.

“We said, ‘Sell it to the neighbor and call it a day,’ said Hal Barnett. But then temptation set in, for the couple has always had an affinity for Italy and Italian wines. “We got to talking to them, starting thinking about it and it’s a beautiful parcel; it’s a good vineyard.”

They decided they were “in” and have since replanted the parcel to Cabernet Sauvignon, Merlot, Cabernet Franc and Petit Verdot. The goal: make a Super Tuscan. Six hundred cases of their first vintage, 2017, will be released this October.

Tate has made wine around the world, from Australia and New Zealand to France, Italy, Canada, and California (he was at Ridge Vineyard in the Santa Cruz mountains before joining Barnett), so the opportunity to go back abroad after nearly 20 years, was a no-brainer.

He now flies to Italy every few months to work with the winemaker there, though he admits, it’s not always easy.

“You go to Italy and their lifestyle is amazing. It’s life first, work second. Enjoy your time, enjoy eating, and do just enough work to make things go,” he said. “So when you’re over there trying to get work done, it’s very challenging. It’s been a lot of work to get things going. It’s been frustrating at times, but it’s really an amazing project.”

The Super Tuscan will be a blend of old world and new. The first vintage is 43 percent Sangiovese, 26 percent Merlot, 27 percent Cabernet Sauvignon and 9 percent Petit Verdot. Tate said that breakdown will shift over the years as the vines mature.

“It will definitely taste Italian, but what we’re trying to enforce is more of the cleaner style of Italian wine,” he said. “We want an expression of us over there, but to also express a sense of place in the soil. No matter what you taste from what I make, it’s grape juice and judiciously added sulfur dioxide.” This means there are no additions, like enzymes, phenolics, colorants or syrups.

The Barnetts are working on renovating an old farmhouse on the property into a tasting room, where they plan to pour Barnett wines in addition to the yet-to-be-named Super Tuscan. Located next to Belmond Castello di Casole, a famous, luxury resort now owned by LVMH, they’re hoping to build a walking path from it down to the winery.

Current tastings at the Barnett estate are hosted behind a glass wall at the mouth of the cave or out on the patio, above the fog and overlooking the valley below. It’s an intimate and distinct tasting experience, but the Barnetts are taking it up a notch anyway.

The new Elevating Experience ($125 per person) is elevated, for it takes place on a private deck high above the valley floor, set on Rattlesnake Hill. A vineyard parcel planted above the cave, it got its name for the 33 rattlesnakes they found and had to kill when planting that part of the vineyard.

But don’t fear, no actual rattlesnakes are involved in this tasting. Offered at 9 a.m. by appointment, the experience is timed to taste when your palate is fresh, but also at the most magical time of day.

“It’s really cool because unlike other places, we’re in sunlight. We’re above the fog, so you can see the fog below you, but you’re also in the sunlight,” said Tate.

Following a guided walk and tour of the property, the seated tasting features a vertical of three vintages, plus a 2017 barrel sample, of Barnett’s flagship Cabernet, Rattlesnake Hill.

The Barnett’s are also knee-deep in plans for building a new tasting room, which will be glass-walled and showcase the view. They’re aiming for completion in 2022, though an official timetable has not been set.

As restaurants reopen, Eduardo goes on culinary adventures in Napa.

Mayacamas is celebrating the one-year anniversary of its downtown Napa tasting room.

Barnett Vineyards, established in the 1980s, is at 2,000 feet on Spring Mountain.

Fiona and Hal Barnett were not intending to become vintners when they purchased their 40 acres on Spring Mountain.

David Tate is winemaker and general manager at Barnett.