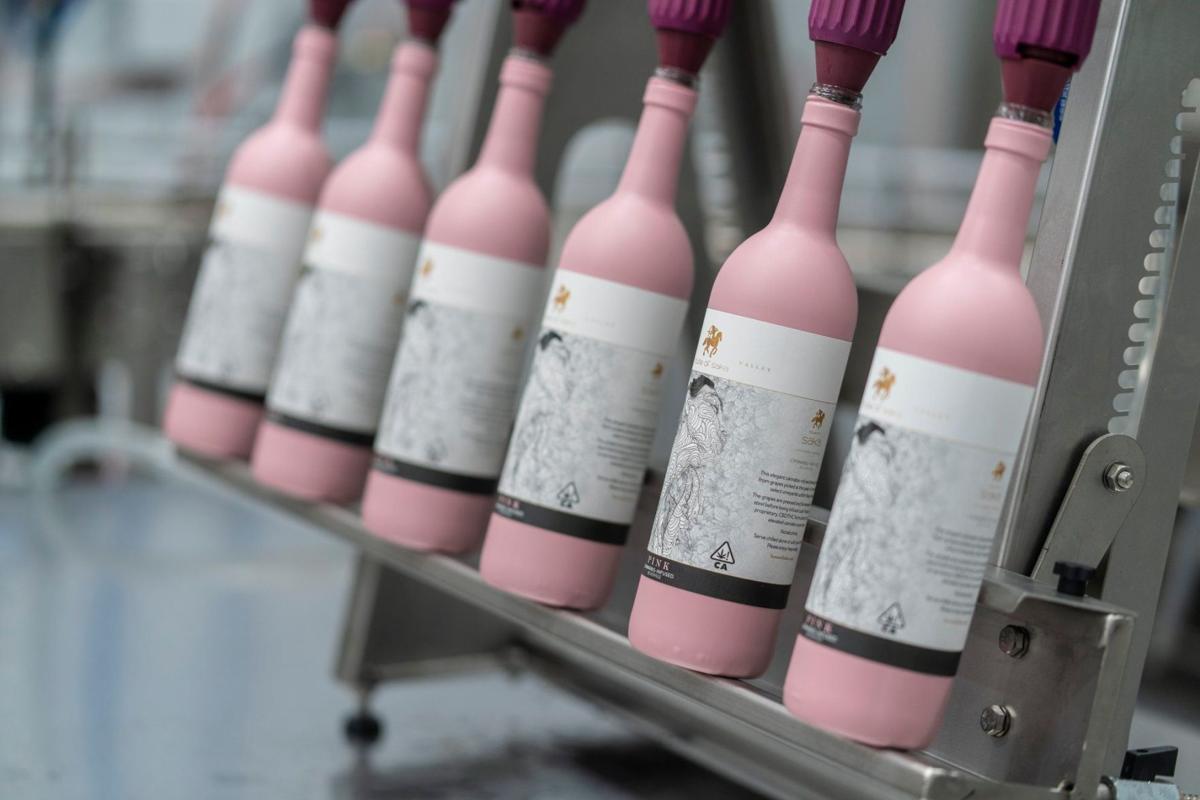 House of Saka "Pink" on the bottling line. 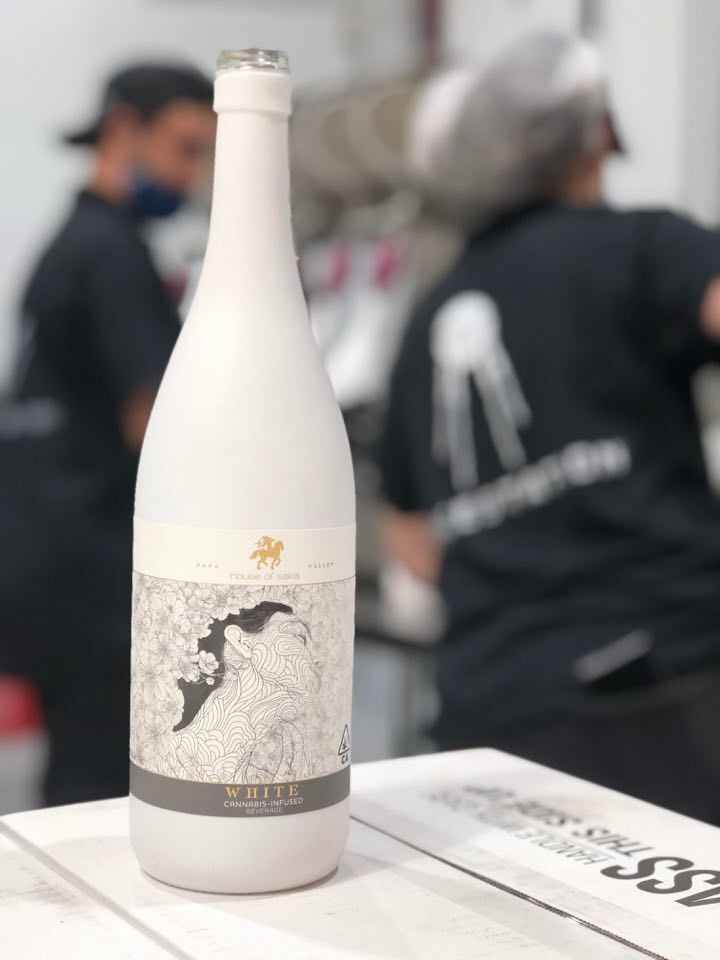 The House of Saka white beverage.

People change, beliefs change, laws change and definitely “the times, they are a-changin’.”

I’m always on the hunt for something new and interesting to share with my reader, and my hope is that you’ll find this new product interesting, even if it’s totally out of the box and possibly beyond the bounds of convention for you.

One step I’ve always taken before sharing product information is to taste and evaluate it, often inviting others to join me so that readers will have more than one opinion.

For this recent tasting experience, I made sure that I was in an appropriate location and with a tasting buddy, who wouldn’t actually be tasting.

Let’s talk about House of Saka.

Saka Pink is created from estate-grown fruit, sourced from Napa Valley vineyards. Aromas of the Pink are subtle with hints of floral, red fruit and honeysuckle. Strawberry, elderflower and pink grapefruit create a light flavor profile, with a slight citrus finish.

Like the Pink, Saka White, aged in stainless steel, is also made from estate-grown Napa Valley fruit Its aromas bring to mind ripe peach and apricot with a hint of toasted oak. Tropical fruit flavors, slightly buttery and with a hint of vanilla. The acids are nicely balanced, offering a long finish.

So, what’s new? Both of these beverages — which can’t be called wines — are infused with cannabis

Cynthia Salarizadeh, president and founder of Saka, says, their beverages “bring the past into the future.”

Historically, the significance of infusing fermented grapes with herbs, such as cannabis, has been a major part of many cultural, wartime and religious rituals. Ancient records refer to “sacred blends” in various parts of the world.

Since California’s Prop. 64 legalized marijuana for recreational use in 2016, the next step for many has been a slow progression into normalcy for a modern society.

The founders of House of Saka, to be in sync with the passage of Prop 64, founded the company in 2018. House of Saka, brought together Salarizadeh, a cannabis science industry insider, and Tracy Mason, a 30-year wine world professional, to create cannabis-infused beverages, marketed especially for women.

The infused beverages created by House of Saka are in 24 dispensaries and consumption lounges in California and the U.S.

Through their CBD/THC formulation, cannabis oil is reduced to microscopic, water-soluble and self-homogenizing particles, allowing for immediate absorption, with an onset response time of approximately 15 minutes.

Mason said, the science involved in creating a formulation that is predictable and consistent is made possible by the “advanced bio-availability of the emulsification.”

As I was trying to take this all in, I found myself wishing I had paid more attention in chemistry classes. But, for me, the result of taking Napa grapes and combining them with “craft-cultivated” cannabis, was a drink that created a balanced and pleasant experience.

While tasting through the beverages with Tracy Mason, I was fascinated by the demographics of consumers of this product.

Mason said the products are most popular with female consumers in the 35 to 55 age group for whom the low 16 calories per glass and alcohol-free health benefits are appealing. Another plus is no “morning after” side effects. The 28% reorder rate is a healthy number for a new product.

The majority of sales are online. Although entirely legal, prejudice still exists, so many of the customers keep their enjoyment to themselves. For this reason, House of Saka has a focus on education, including health benefits, so that any lingering stigma can fade into the background.

A local dispensary carries the beverages, but Mason said that women often ask a male counterpart to purchase on their behalf, for fear they may be seen going into the establishment and be judged. In Napa,

House of Saka can be found at Napa Valley Cannabis Collective, and shortly at Herbivore, also in Napa. It is also possible to order from the website and have it delivered to your door.

The women I subsequently spoke with felt the beverages were presented in an “innovative and beautiful way.” I have to agree. The elegant label impressed me — beautifully done and feminine without being too “girly.” Like them, I felt that the two 2 ounce pours I enjoyed left me with that warm glow one might enjoy after a glass or two of wine.

I also spoke to men, who were fans and much less concerned about who might see them making a purchase.

You may have noticed my use of the word “beverage” instead of “alcohol-free wine.” The law prohibits the manufacturers to use wine-related verbiage or descriptors for the infused drinks, not even to say that Saka White is made from Chardonnay grapes or to call their “pink” a “blush.”[ Even though the Napa Valley is at the center of the product, information cannot be shared about the specific vineyards involved.

Creative juices —wine pun intended— continue to flow with House of Saka new products already a work in progress. An elegant sparkling pink on its way. Think upscale Italian soda, but not sweet and definitely artisanal. It’s not a seltzer, which are becoming a dime a dozen commodity. These rose “bubbles’’ are unique.

What to pair with Saka white or pink? I’m glad you asked. I’d recommend a fruit plate with soft cheeses, a delicate fish and definitely any shellfish with the Chardonnay. Mason enjoys her’s with Pirates Booty popcorn. With the blushed Pinot, I’m thinking a simple roasted pork loin, harder and more savory cheeses alongside a selection of charcuterie.

It’s also suggested you be inventive. What about a Saka smoothie?

Have a peek at the web site, www.houseofsaka.com, and keep an eye out for a special offer promotional price. At a suggested $50 per bottle retail, a savings might entice you to try both varietals.

Yountville could become Napa County's second town to host the legal sale of marijuana products – if a majority of its voters are in favor Nov. 3.

House of Saka "Pink" on the bottling line.

The House of Saka white beverage. 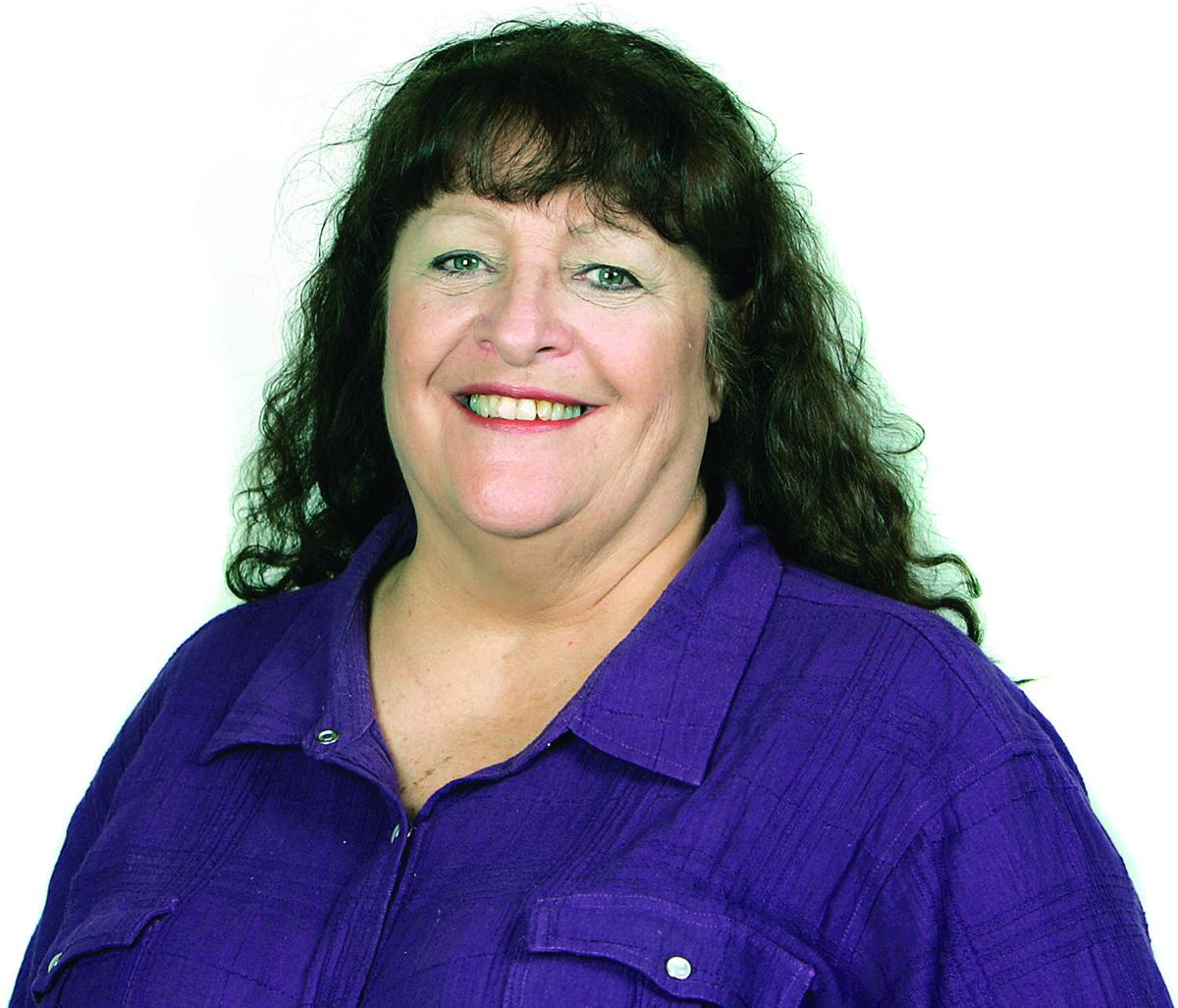