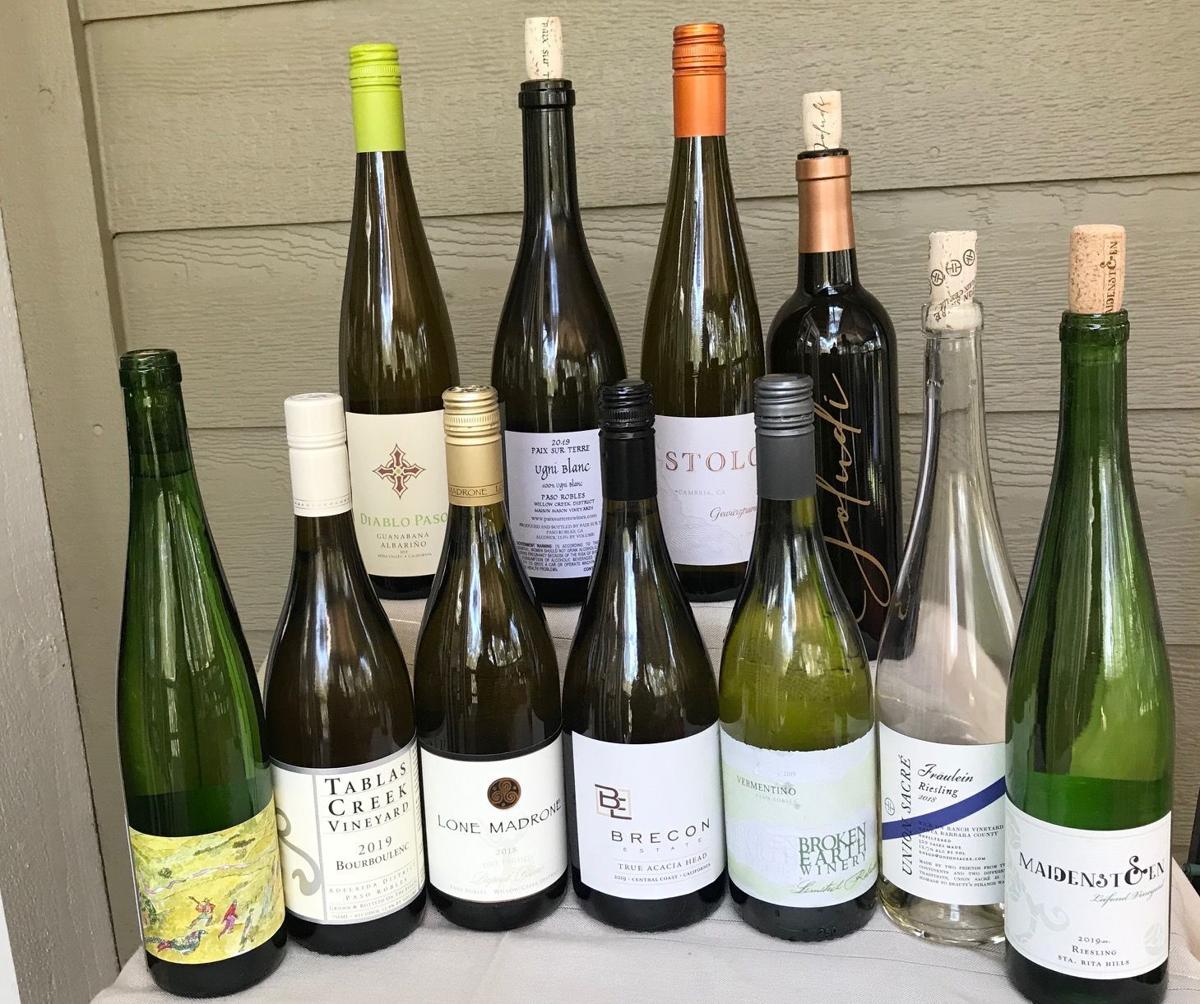 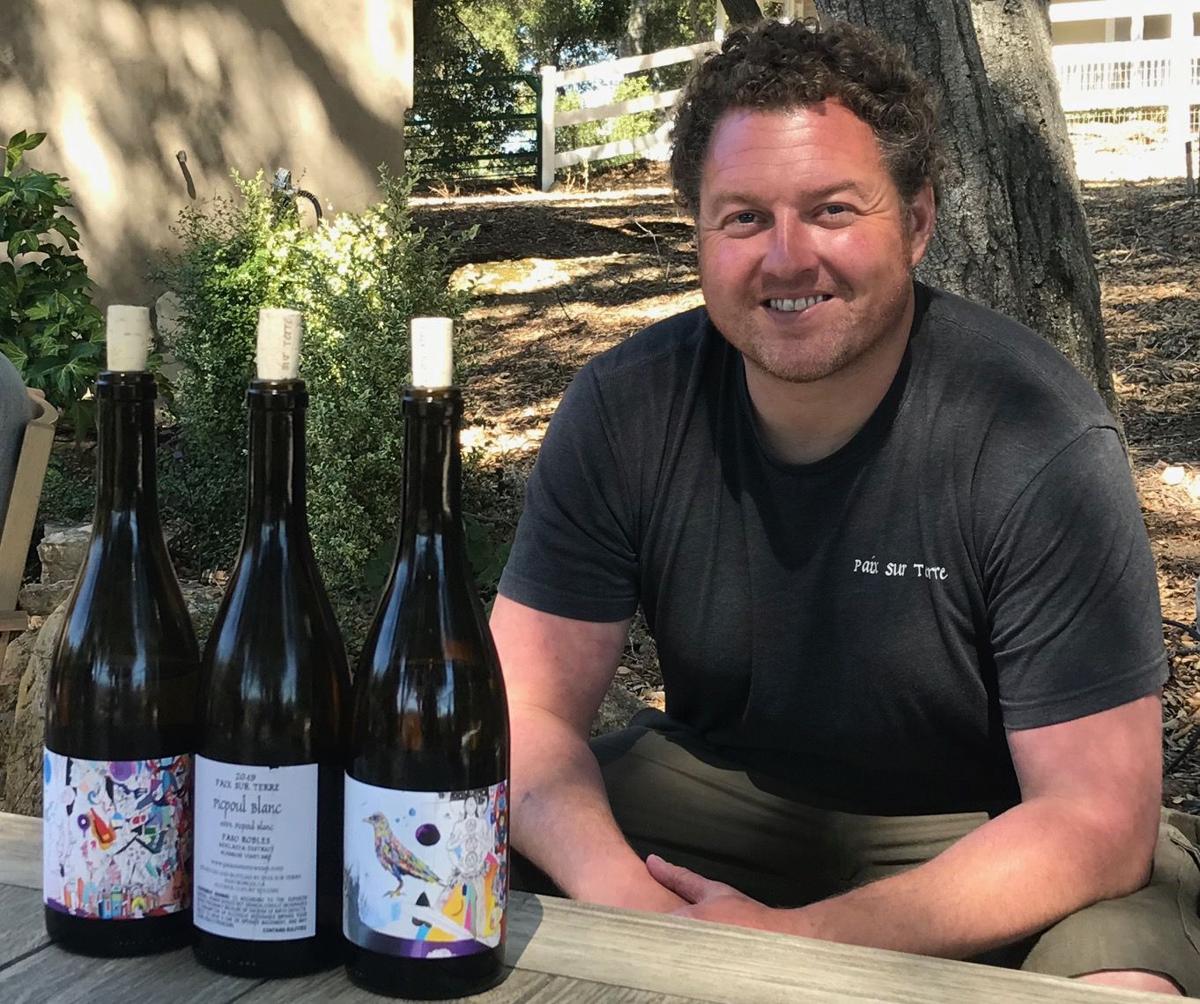 Paso Robles wine region is known for its unapologetically hi-octane, voluptuous red wines, not to mention wildly eclectic blends combining Bordeaux and Rhône varieties with a touch of zinfandel.

So it was a refreshing challenge for me recently to go on a white wine odyssey. No, I’m not talking about those usual suspects — Chardonnay, Sauvignon Blanc, Pinot Grigio and the popular white Rhône varieties. I mean white wines that are very much under-the-radar, obscure varieties grown and produced in Paso and neighboring appellations in San Luis Obispo County.

There is more: German riesling, Alsatian gewürztraminer, Austrian grüner veltliner, Argentinian torrontes and Spanish varieties like albariño and verdejo. These whites offer a broad spectrum of flavors from lively acidity and minerality to lush tropical notes and fragrant blossoms.

All these varieties are produced by Paso winemakers, including sparkling versions of albariño and grüner veltliner made by Rava Wines and a sparkling gewürztraminer from Bushong Vintage Co. Wineries mentioned below produce traditional red and white wines, of course, with these uncommon whites in limited production, generally introduced through wine clubs

“It’s a testament to the incredible diversity of climates in the Central Coast,” noted Jason Haas, general manager and partner at Tablas Creek Vineyard, during a phone conversation about uncommon whites. The winery is noted for importing all 13 grape varieties from Châteauneuf-du-Pape (CdP) in France’s southern Rhône region, varieties that make up Tablas Creek’s flagship blends, modeled on the CdP red and white wines. It’s also among the few wineries in Paso producing some ten varietal whites.

“When we get new grapes we try to do varietal wines,” explained Haas of the white varieties (some of them rare) that make up the blends. As an example, he cited “our half an acre of picardan that has increased its world footprint by 40 percent.”

I tasted 2019 vintages of picpoul blanc exuberant with tropical notes; picardan showing rich texture and a lingering minerality; a honeydew melon-laced clairette blanche; and a textured bourboulenc, the latter, clearly a wine for geeks looking to claim bragging rights. There were two non-Rhône varieties in the lineup: the honey-laced petit manseng (native to Languedoc-Roussillon in Southwestern France) and a crisp, citrusy Italian vermentino.

Vermentino, Haas explained, arrived here as a stowaway grape when the initial group of eight Rhône varieties arrived in Paso in 1992, from the nursery in Montpelier in France. “The nursery guy thought it would do well in Paso,” Haas said. “And he was right.” Other Paso wineries producing vermentino include Denner, Cayucos Cellars and Vina Robles.

Broken Earth Winery is another winery with a large portfolio of under-the-radar whites. The winery’s portfolio boasts some 40 wines including eight white wines produced from its 722-acre eastside estate vineyards planted to 21 varieties from France, Spain, Italy, Argentina and Portugal. Chris Cameron, director of winemaking, credits this abundance of varietals to Paso’s climate and soil diversity.

The 2019 vintages of six whites I savored reflected the varietal character of each wine, ranging from an aromatic verdelho and a citrusy vermentino to a minerally albariño and a fragrant torrontes — wines that are food friendly, bright and rocking with freshness, a hallmark of Cameron’s style.

Inspired by his visit to Italy’s Campania region, Cameron has added two rare varieties — fiano and falanghina — wines that exude bracing acidity and floral characters. (Giornata is another winery producing these two wines.)

“Can’t make enough white wines,” said Ryan Pease, who produces three brilliant whites at his Paix Sur Terre winery also on Paso’s westside. “Our white wine program took off when we made ugni blanc,” said Pease of this variety widely planted in France and known as the popular trebbiano in Italy.

Here in Paso, Pease found an acre of ugni blanc and turned this bone-dry wine layered with pear notes into his flagship wine. Joining the white portfolio is the stone fruit-exuberant picpoul blanc and a richly textured clairette blanche.

Four Lanterns has added a minuscule planting of 0.8 acres of sémillon to its westside vineyard. In its Botrytis cinerea (noble rot) form, sémillon is the star of Sauternes, Bordeaux’s exalted dessert wines. But Four Lanterns along with Paso’s LXV Wine produces it in a dry style with beguiling acidity and luxurious mouthfeel.

In addition to falanghina and fiano, other Italian varieties I discovered include malvasia bianca produced by Clesi and Lost Blues; and arneis (native to Italy’s Piedmont region) made by Deno Wines and Bovino Vineyards. Fans of chardonnay could be attracted to the stone fruit notes of this fragrant, crisp and full-bodied wine.

Among the German and Alsatian varieties, San Luis Obispo County’s coastal corridor vineyards are gaining a reputation for riesling and gerwürztraminer, wines that are bone dry yet rocking with seductive aromatics. Mike Callahan pours his passion into Maidenstoen, his all-riesling brand, sourcing fruit from Counties of Monterey and Santa Barbara. Union Sacré’s Xavier Arnaudin is another under-the-radar winemaker producing delicious rieslings, the off-dry Fräulein and bone dry Elsass.

I tasted the above rieslings alongside a gewürztraminer crafted by Nicole Pope, winemaker at Cambria’s Stolo Family Vineyards. Vineyards that are a mere three miles from the Pacific produce this wine that is redolent with sea salt and jasmine blossoms. Other San Luis Obispo County wineries producing gewürztraminer include Cutruzzola, Détente, Bushong, Moonstone Cellars and Tackitt Family Vineyards. Edna Valley’s Claiborne & Churchill has long been known for making outstanding riesling and gewürztraminer.

Austria’s grüner veltliner is little known in the U.S., yet I found a handful of San Luis Obispo County producers, among them Field Recordings, Tatomer and Zocker. This is also the variety Nancy Ulloa decided to tackle as her first winemaking endeavor under her Ulloa Cellars label. Drawn to obscure varieties, she was attracted to gruner’s citrusy flavor but didn’t have a clue how to work with this fruit, which she sourced from Edna Valley’s Paragon Vineyard.

“Local winemakers and books were my guides,” said Ulloa who not only drove her truck to pick up the fruit but also stomped on it herself. The result is a vibrant wine with zippy acidity. From the initial 49-case production, 41 cases sold out upon release. “I realized these are people who want me to succeed,” said the novice winemaker.

On my odyssey, I came across some tinted whites — orange riesling from Ambyth Estate, pink gewürztraminer from Union Sacré’s Belle de Nuit and a yellow roussanne at Lone Madrone. Add to this the Noir Blanc movement, with winemakers producing wines from red grapes off the skins to create white wines, among them, El Lugar’s pinot noir blanc and grenache noir blanc from Dubost Ranch.

Although not delving in obscure whites, Dave McGee of Monochrome Wines deserves a nod as Paso’s “only white wine winery.” His unconventional vinification involves fermenting each variety with different yeasts, in different vessels and then blending all the variables, resulting in sensory textural white wines.

If wine adventurers come to Paso how do they explore so many of these uncommon whites? At the newly opened Paso Market Walk, I came upon Julie Fischer’s eclectic wine menu at her Paso Robles Wine Merchant bistro. She has tapped into many under-the-radar local whites that can be sampled all in a single place.

Round up nine women winemakers and industry professionals, give them six different types of extra virgin olive oils and two hours to work. Wha…

Leave it to the Garagiste Festival, California’s most adventurous wine tasting experience, to focus a spotlight on the one area in the state f…

India is slowly making its presence felt on the global wine map. Over the past few years, I’ve had the opportunity to visit Nashik, home to so…

The honoree came in shorts. That, too, is part of showmanship.

Merlot is not lying low anymore. If the #MerlotMe movement has anything to do with it, the much-maligned variety will rise like a phoenix.

Thirty years ago, Judy Jordan's mentors in the wine industry were all men. For her second act, she has created a program to mentor women in Napa and Sonoma.