The Andes mountains form a backdrop for the Antigal vineyards in Argentina. 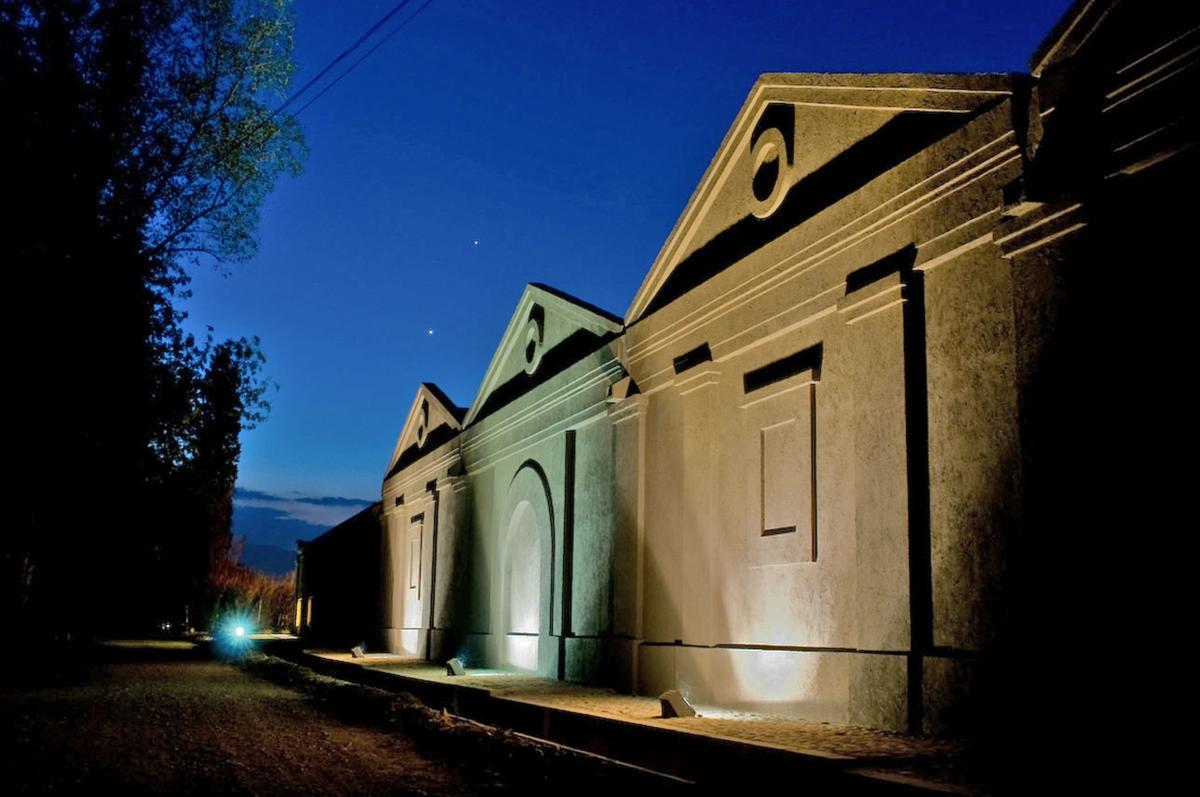 New owners renovated the 1897 winery in Mendoza, building a state of the art winery inside the historic facade. 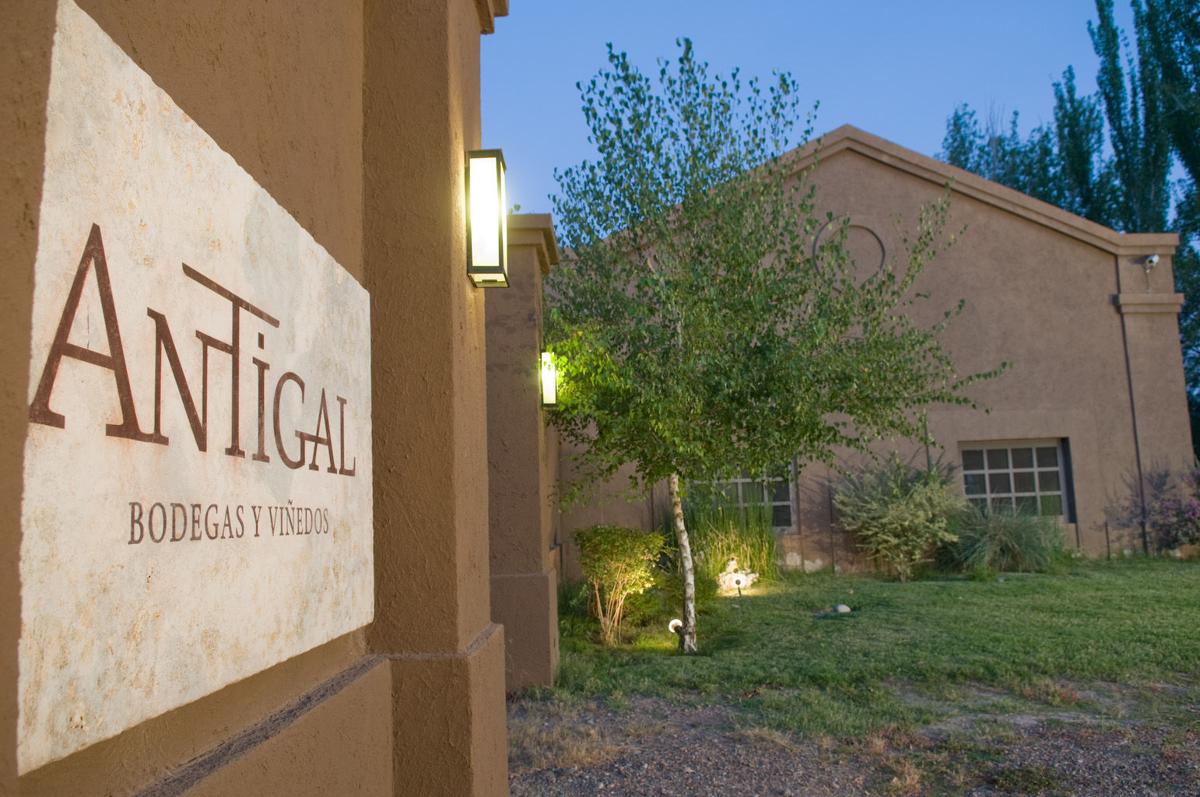 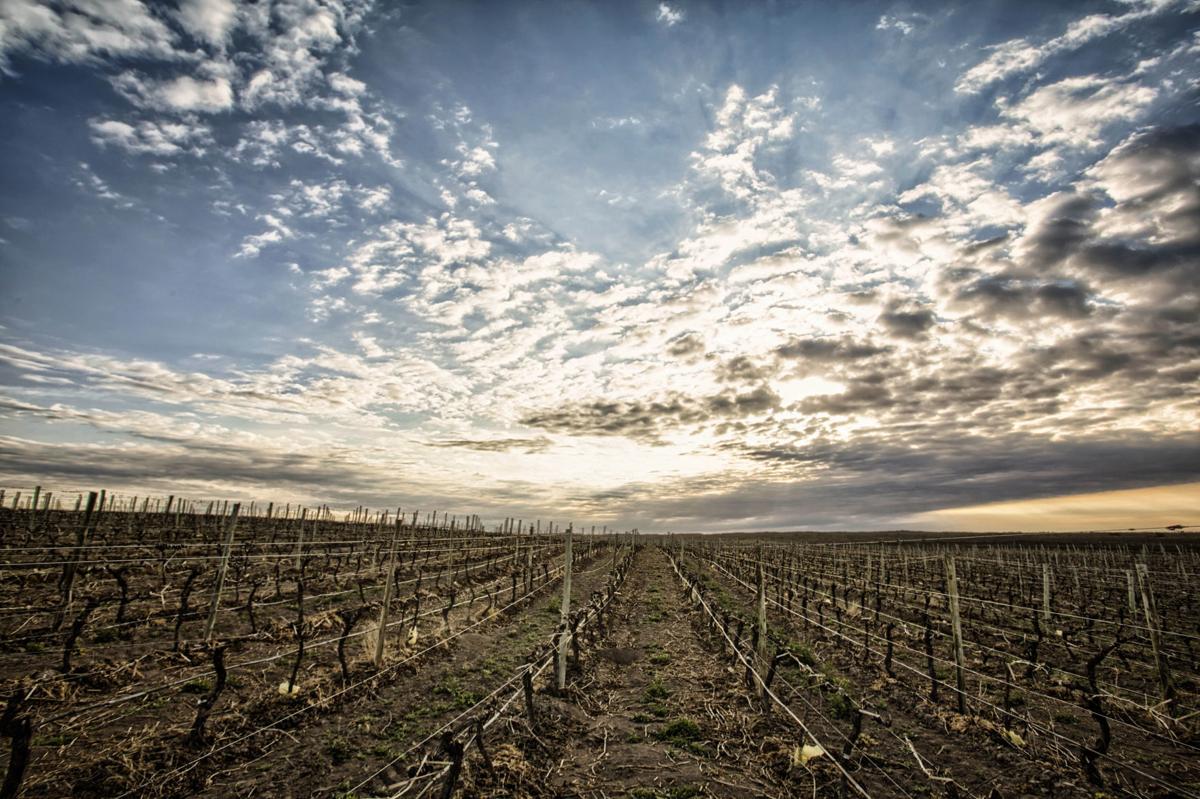 The high-altitude Antigal vineyards yield about one bottle per one vine.

What comes first, the story or the wine?

If you are lucky, you get them both at once, tasting one against another.

This is how I met the Antigal One: On a chilly November night at Cole’s Chop House in Napa, surrounded by a genial group of wine people, led by Gary Ramona, a veteran of the wine industry in Napa Valley now vice president of sales for from Bodega Antigal in Mendoza, Argentina.

While we drank the rich, elegant Malbecs (and one Cab from 2013), I heard stories about Antigal and One, its flagship wine.

Heracio Piero bought one of the oldest wineries in Mendoza in 1999. Six years and $17.5 million later, he’d built a state-of-the-art winery inside the 1897 facade. Its gravity-flow platform system allows for a largely “hands off” approach to wine making eliminating the need for forceful pumps and crushers, Ramona said.

Antigal’s vineyards include three up above 3,000 feet in altitude where the average rainfall is seven inches a year, and the vines are irrigated with wells and reservoirs fed by snow melt from the Andes mountains.

La Dolores is “the highest and the best,” Ramona said, low-yielding vineyards, Ramona said, and they drop two-thirds of of their fruit. “One vine yields one bottle” he said.

When Antigal was ready to release its first vintage Ramona said, they were considering names and someone harkened back to the notion of one bottle, one wine, and it was their first vintage too. It became and remained Antigal One.

In 2007 Antigal hired Miriam Gomez as winemaker. A native of Mendoza, Gomez has undergraduate degrees in food science and enology and post-graduate degrees in viticulture and enological quality. She teaches enological microbiology at her two alma maters, Universidad National de Cuyo and Universidad J.A Maza. She’d worked in the Côtes-du-Rhône in France and at harvests in Napa Valley, and as well as at Nieto Senetiner in Argentina before she joined Antigal.

The second time I tasted Antigal was on a hot summer day at Morimoto in Napa, and the rich malbec tasted just as fine with ishi yaki buri bop as it had with Cole’s fabled steaks.

And I heard more stories.

Gary Ramona said he became involved with Antigal on the recommendation of the late, great Harvey Posert, the public relations mastermind at Robert Mondavi, with whom Ramona had worked for many years. Principals from Antigal approached Posert, then retired, to ask who would could help them get their wines to the world. Posert recommended Ramona.

Ramona came on board to help with marketing and introducing Antigal wines to the U.S. Antigal is now in all 50 states.

Ramona said Mendoza’s growing wine industry reminds him of the Napa Valley he found when he came here in 1969 and went to work for Mondavi.

A different world then, it was characterized by a shared goal and driving energy to improve wines. “We wanted to rub shoulders with the best in the world,” he said.

It was also a time when labor and land prices were more affordable for aspiring winemakers.

“I remember back when people would come to Robert Mondavi in Oakville and $15.50 for a bottle of wine was expensive,” he said.

In Mendoza where land is still $5,000 or $6,000 an acre and labor costs are low, he said, there is also that same sense that recognizes the potential of a great wine region.

Today, Antigal is in all 50 states, and “Americans have embraced us,” Ramona said.

In addition to what is inside the bottle, Ramona said their distinctive bottle has helped them stand out.

He explained, back to when they were first launching Antigal One, one of the winery staff got an idea to make the letter one for each bottle by stamping it out of a barrel ring.

Ramona said that the metal letter even caught the eye of Mel Dick, who spent six decades helping build Southern Wine and Spirits into a powerhouse distributor,

And a third time

I tried Antigal One once more, this time without great company and great food and the great ambiance of a restaurant. I opened a bottle of a 100 percent Malbec from the La Dolores Vineyard (2009) sitting alone in my backyard, contemplating my weeds and a fence that needed replacing? And still the wine, rich and elegant, evoked some faraway place, remote vineyards watered by the mighty mountains.

It could be because I’d heard the stories. Or because it was quite a fine wine.

Dan Berger, On Wine: Where to find wine information

If we could have dinner with anyone in the world, who would we invite?

First Person: A legacy of land and family at Larkmead Vineyards

Kate Solari Baker shares the vision that she and her husband Cam have for Larkmead Vineyards, which was purchased by her parents in 1948.

The Andes mountains form a backdrop for the Antigal vineyards in Argentina.

New owners renovated the 1897 winery in Mendoza, building a state of the art winery inside the historic facade.

The high-altitude Antigal vineyards yield about one bottle per one vine.