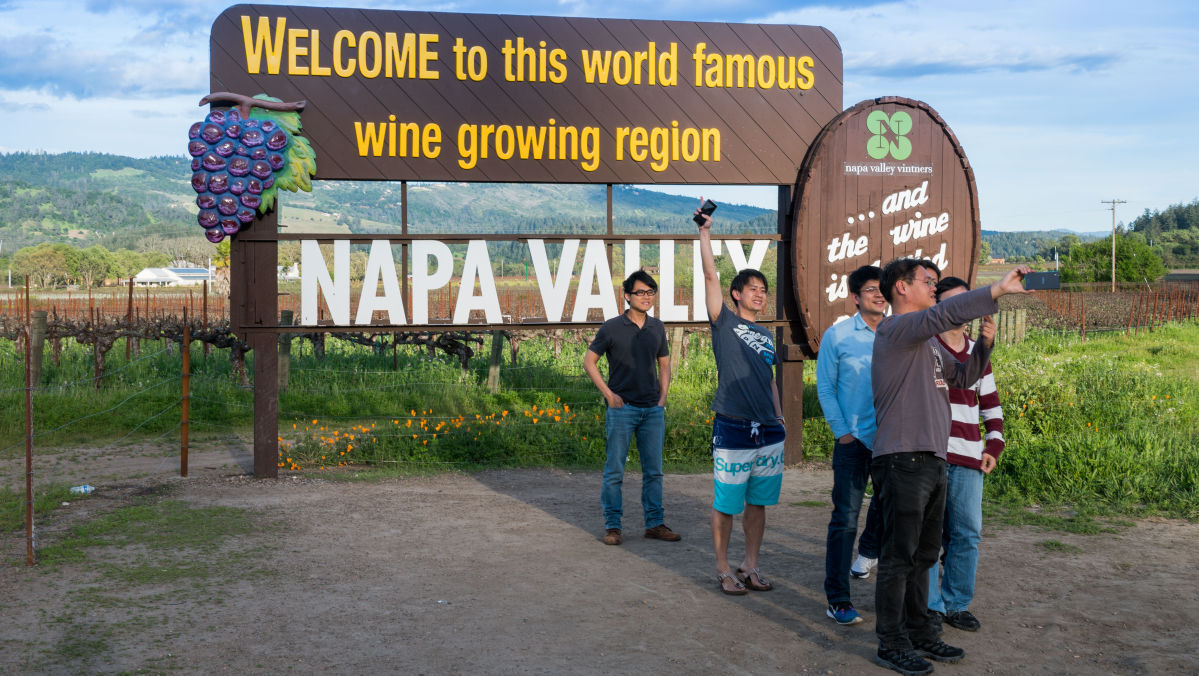 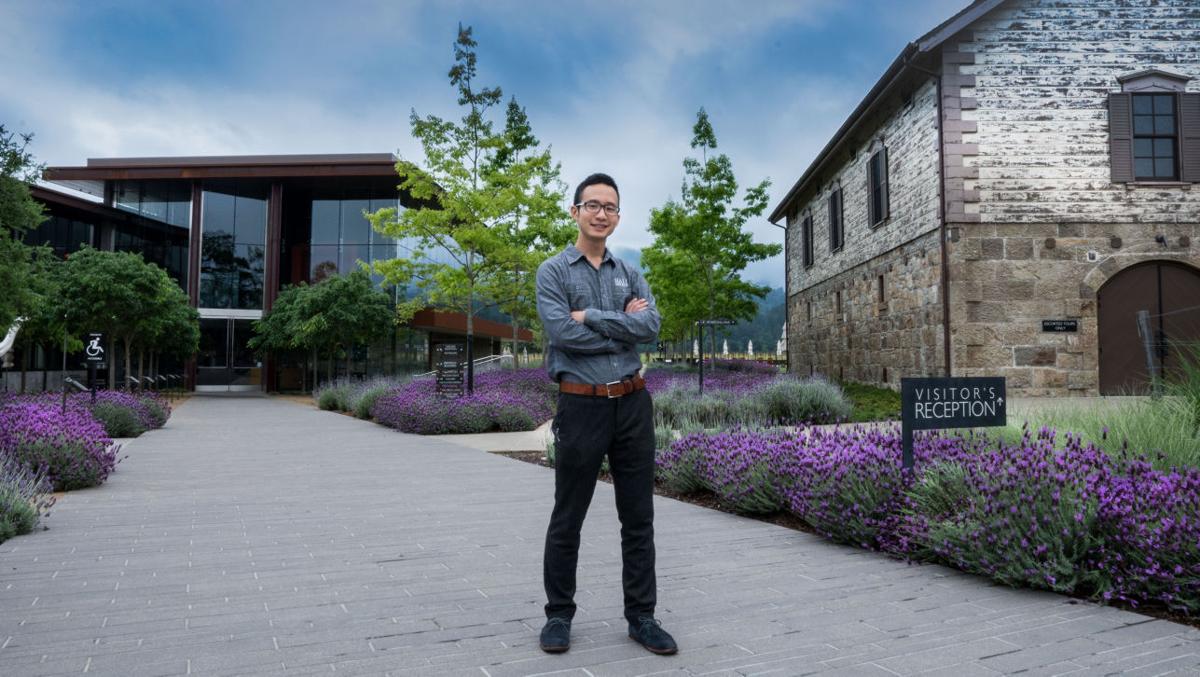 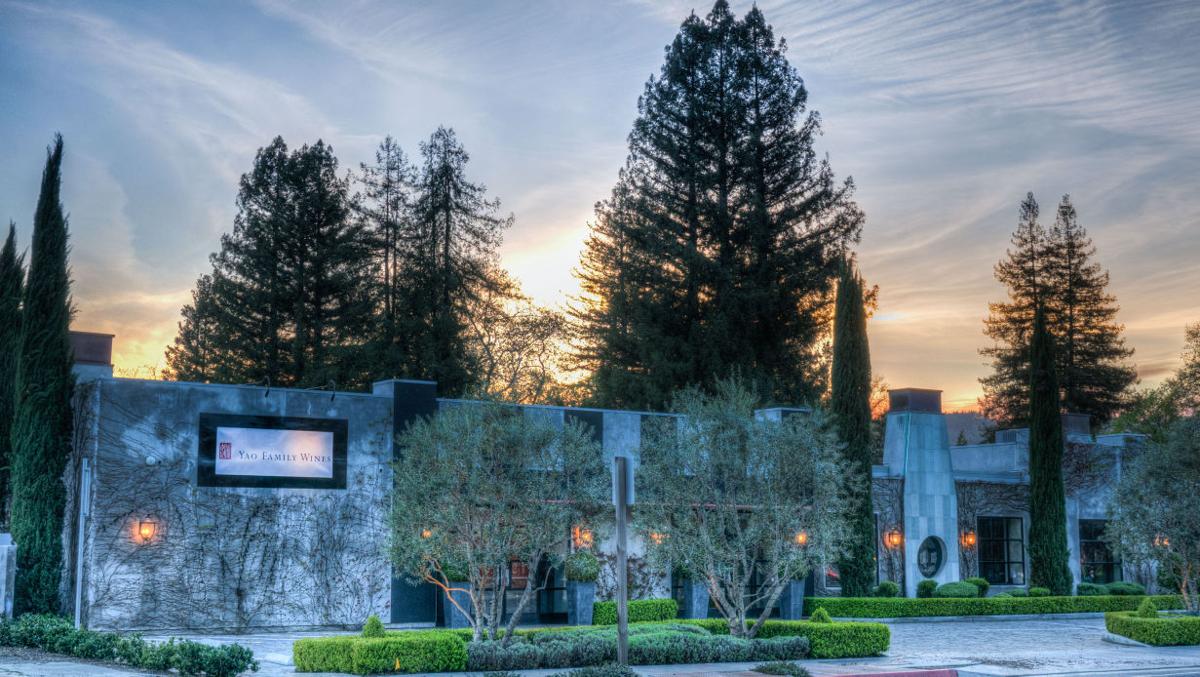 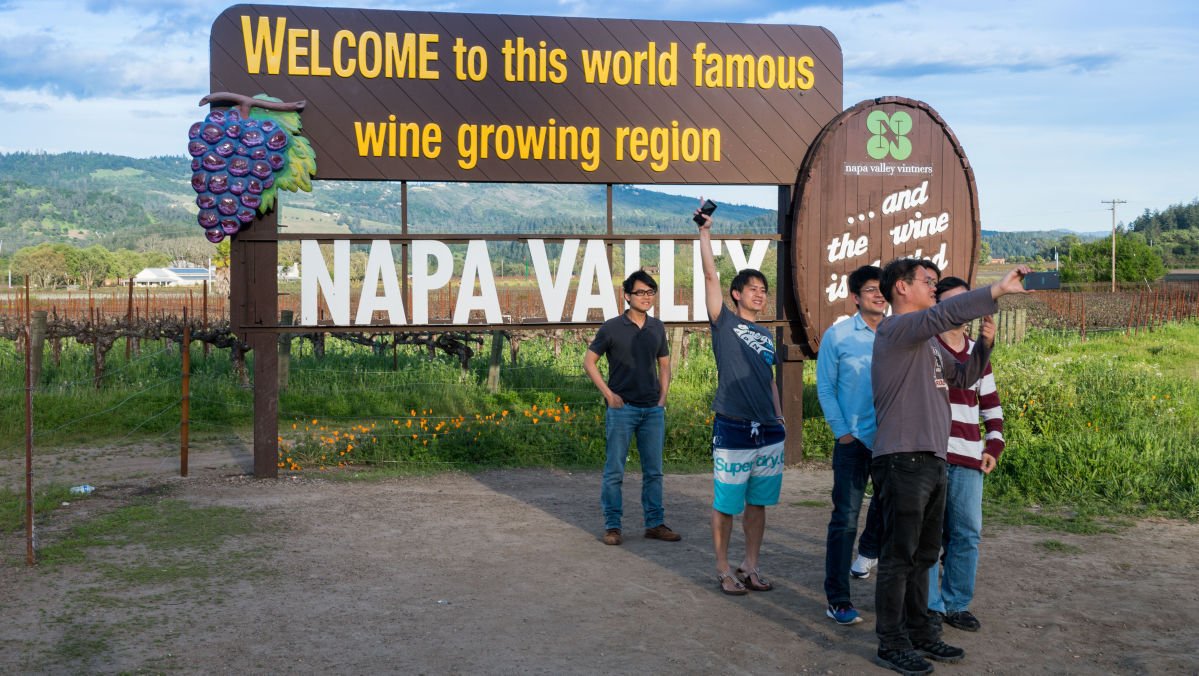 Chinese visitors to the Napa Valley presently make up only a small percentage, but that is expected to change in the coming years.

According to Angela Jackson, director of media relations for Visit Napa Valley, the state’s tourism marketing board, Visit California, has recently made China its primary target (previously fifth on its list) for tourism outreach due to increases in both existing and forecast visitors and spending.

“We expect Chinese visitation to the state to grow by double digits every year through at least 2018,” said Caroline Beteta, president and CEO of Visit California.

“Our organization is investing $9 million in China this year, marketing our state as a travel destination to this critical market. And it’s paying off — this year California will welcome 1.2 million Chinese tourists, a 13.5 percent increase from 2015. These are high-spending travelers — by 2018, we project Chinese visitors to California will collectively spend more than $4 billion in the state.

“Just this week, Visit California is taking a delegation of California businesses to Shanghai and Beijing to meet with operators, agents and media to educate them on what’s new in California over five days,” Beteta added. “Napa Valley Tourism will be attending the mission, assuring that the destination will be top of mind among key travel influencers in China.”

“We are seeing big jumps in the number of Chinese visitors to the Napa Valley,” wrote John Stallcup in an email. Stallcup is co-founder of Napa Seasoning Co. and a wine-business consultant, often advising wineries on how to better engage with visitors from Asia. “So if you understand the Chinese tourism business, speak the native language of China (Mandarin) and have connections in China, you’re all good.

“There are plenty of reasons to believe that visitations from China, and Asia more broadly, will increase,” Stallcup said. “This includes a growing middle class, more interest in wine in the popular culture and travel is getting easier.”

However, “big jumps” in numbers should be kept in context, according to the Napa Valley Vintners.

Yet there are reasons to believe that visitations will increase enough to warrant special consideration from business owners.

In 2014, at the Asia-Pacific Economic Cooperation meeting, Chinese President Xi Jinping and President Barack Obama extended the tourist visa period to 10 years and student visas to five years. And according to a recent ChinaDaily USA report, these changes have led to a 68 percent increase in visa issuance in the last two years. According to the same source, Chinese tourists are the most desired international shoppers, spending an average of $6,000 per person per trip to the United States, which is higher than any other visiting group.

“The one-day conference will examine the evolving wine import market in China, exploring ways to promote California wines,” wrote Emilia Aguirre, event coordinator for global affairs at UC Davis. “The meeting will explore recent market changes, brand development, the appearance of informed consumers, the very different distribution systems, the emergence of local competition and the necessity of a digital brand presence in China.”

Companies beyond wineries are emerging to provide services for the expected increase of tourism.

“There are lots of numbers floating around out there about the number of visitors, but I can tell you that some of the most popular wineries in the valley saw thousands of Chinese guests last year, and our business is growing,” said winemaker Adam Ivor.

Ivor and his partner, Jack Duan, recently launched Gliding Eagle, a company that facilitates the shipment of wine to China. “At the moment, many wineries still can’t ship directly to China. So no matter what the number of visitors, if you are not servicing all your winery guests, then that’s not great customer service. As a businessperson, you want to understand exactly who your customers are, which segments are growing and how best to remove any barriers to their experience.”

The Cal-China Wine Cultural Exchange (CCWCE), a nonprofit in Napa, was created in 2014 with the intent of fostering improved cultural exchange between China and the United States, through wine tourism and education.

Chuang owns a winery in China, near Beijing, and also owns Firefly Vineyards from which he produces 5,000 cases of Napa wine. He will begin production of 100,000 cases of wine from his China vineyard and winery this year. All Chuang’s wines will be sold exclusively in China.

“Our hope is to use wine as a way to foster friendship and understanding between our two cultures,” he said.

According to Chuang, there are important steps that should be considered with the expected increase of tourism.

“We’ve found it exceptionally useful to have native-Mandarin-speaking wine experts give tours, and that’s why we have many on our staff. Guests visiting the Napa Valley want to learn about wine, but many do not speak English well, so this can help immensely. Having a Mandarin (not Cantonese) wine-tour guide is critical. Beyond language, education on both sides is important so last year we organized a cross-cultural wine forum at the Napa Valley College that highlighted some of the opportunities with the expected increase of travelers from China.

“We will continue such educational events, some of which will be held in China,” Chuang said. “We also have a detailed understanding of distribution in China because of my winery and vineyard, which can provide useful information to Napa wineries or other businesses looking to gain insight. Beyond language, other areas that should be explored include food options and a more detailed understanding of the cultural difference. Many Chinese people cannot handle more than three western meals in a row (with lots of cheese and butter), so we are looking to help bring in four or five mainstream Chinese restaurants in the coming years.”

As businesses prepare for new visitors, others are echoing many of Chuang’s comments, often highlighting the need to improve communication, especially when it comes to talking about wine.

“Each language has a specific cultural context, and Mandarin is a particularly complex language,” observed John Mini, a St. Helena native who has been an accredited Chinese medicine specialist for more than 30 years and who practices in Marin.

“I’ve written about the complexities of translating wine terminology. There is really no exact translation for many of the terms we use to describe wine,” he said. “Even the word ‘flavor’ (in Mandarin wei dao) also means ‘smell.’ There are other words for ‘flavor,’ too. And blackberry is not very common, so using mulberry (sang) might be a better alternative.”

“We are excited that many of our guests come from Asia and more and more from China,” said Henriette Steinrueck, vice president of operations at Castello di Amorosa. “We’ve hired Mandarin-speaking tour guides, created Mandarin menus and have special programs to help with shipping. We’ve found that many of these guests prefer our small-production red wines, which they’ve told us are often given as gifts back home as a sign of health and prosperity. No matter where our guests come from, we want to ensure that each of them feels well cared for with exceptional personalized service.”

The causes of any change in tourism can be linked to many influences, but sometimes even minor events can have a big influence.

“Japan has Manga, Korea has Manha, and China has Manhua — they are all the same graphic illustrated novel tradition,” Stallcup said. “It is quite common to have Japanese anime/manga translated into other Asian languages, and one of these, ‘Drops of God,’ was translated into Chinese about six years ago. In volume 22 of the series called the New-World issue, select Napa wines were called out (Kongsgaard, Harlan, Dominus, Opus, Mondavi, among others). If you put a time-lapse camera in the wineries that were listed you would definitely see the impact.”

Dan Dawson, Dan the Wine Man: Eat This, Drink That

Dan Dawson is searching the valley for great stops for food and wine.